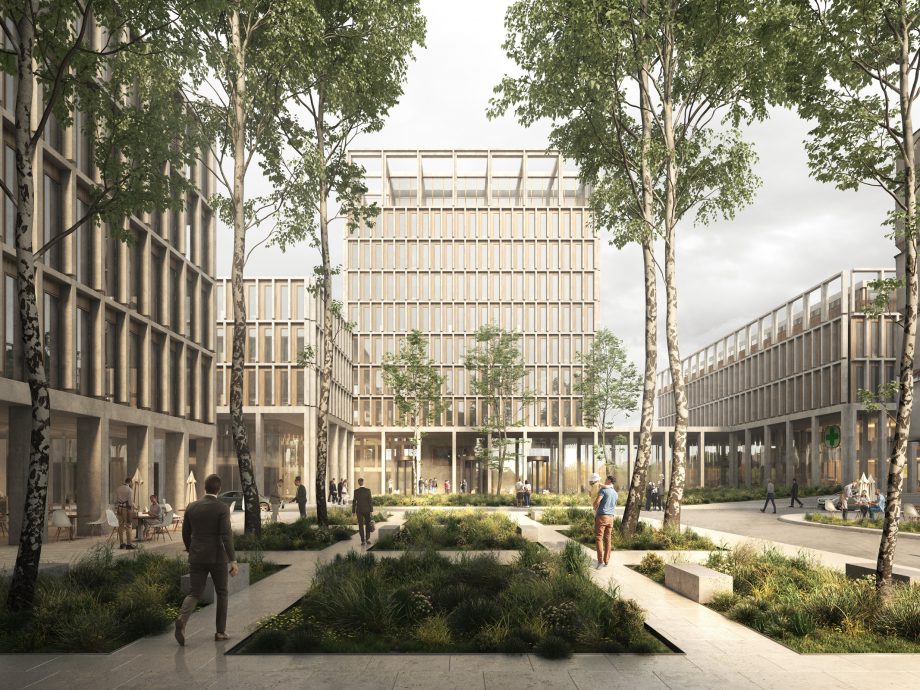 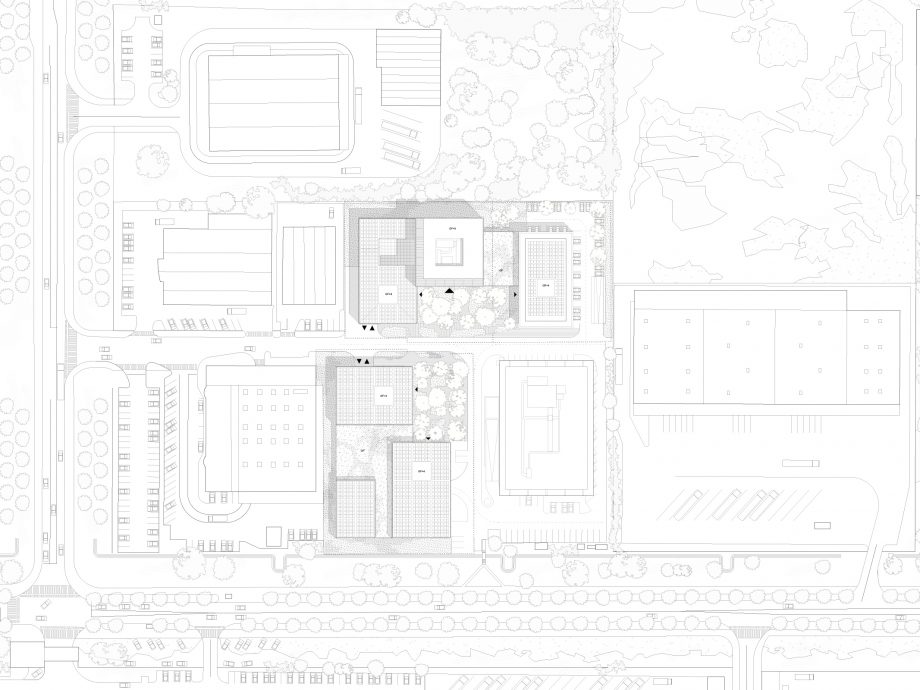 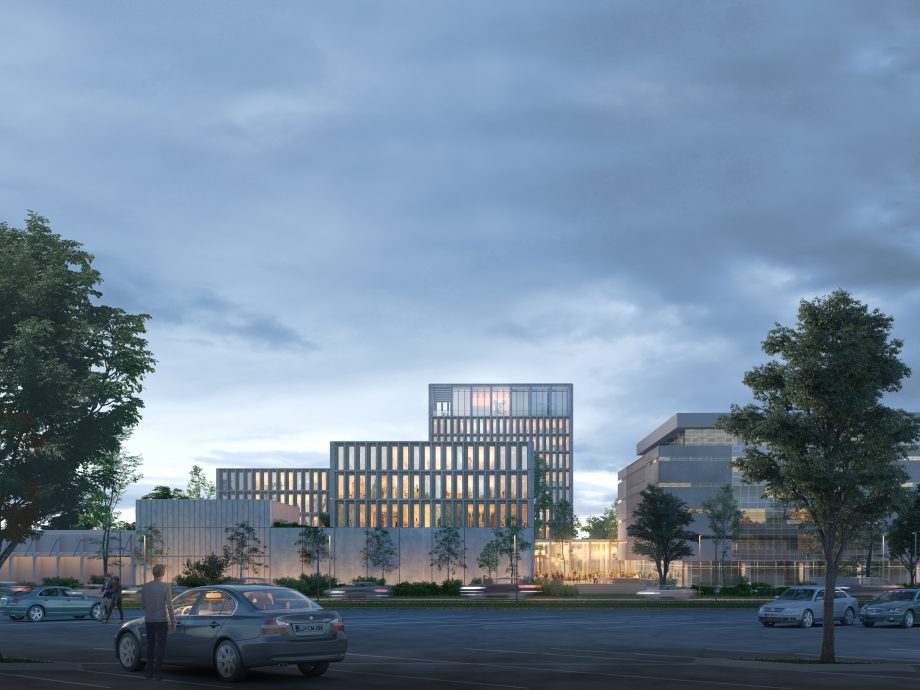 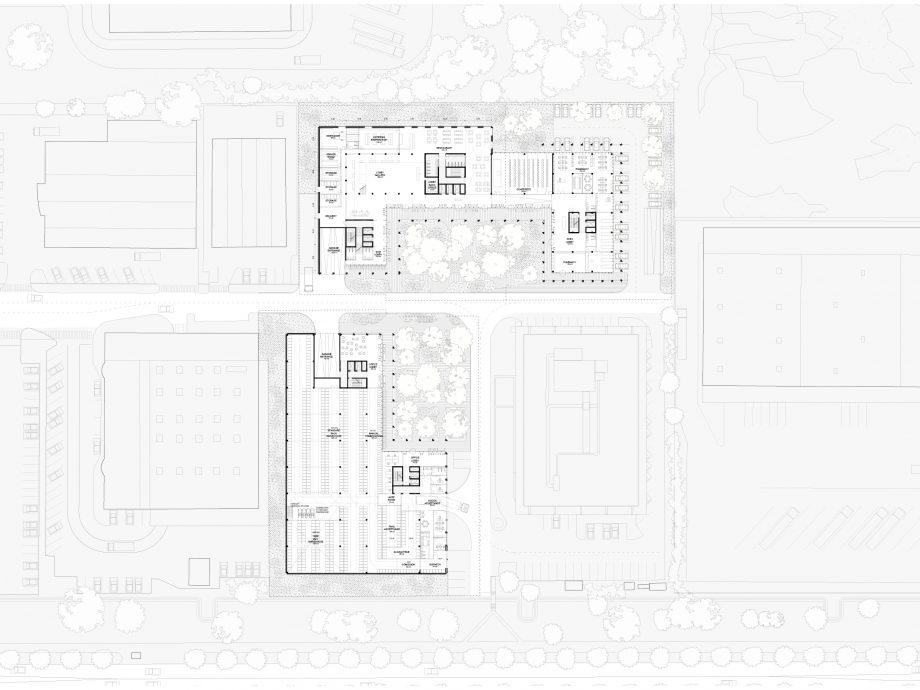 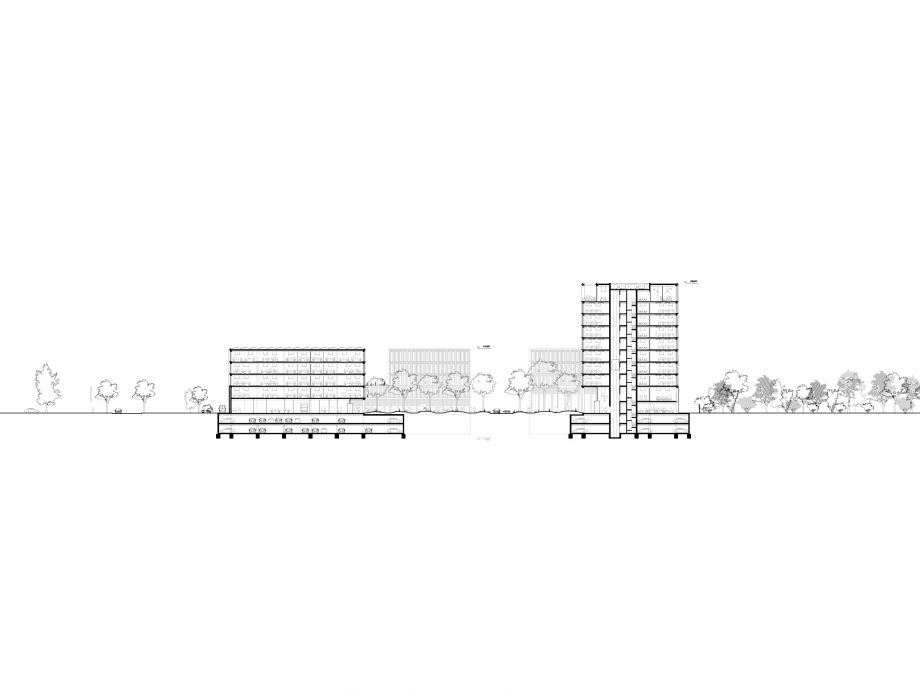 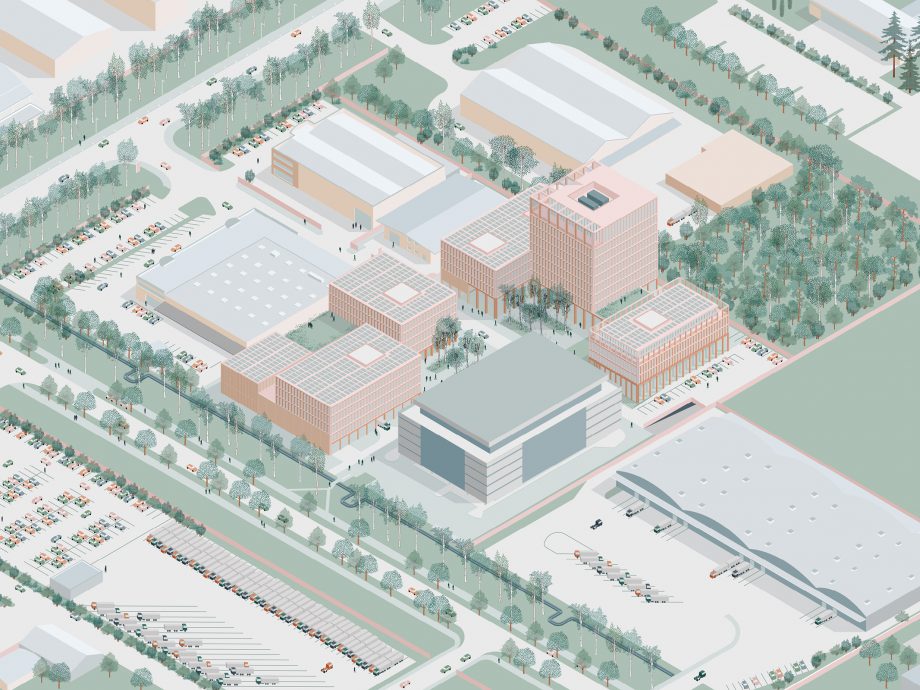 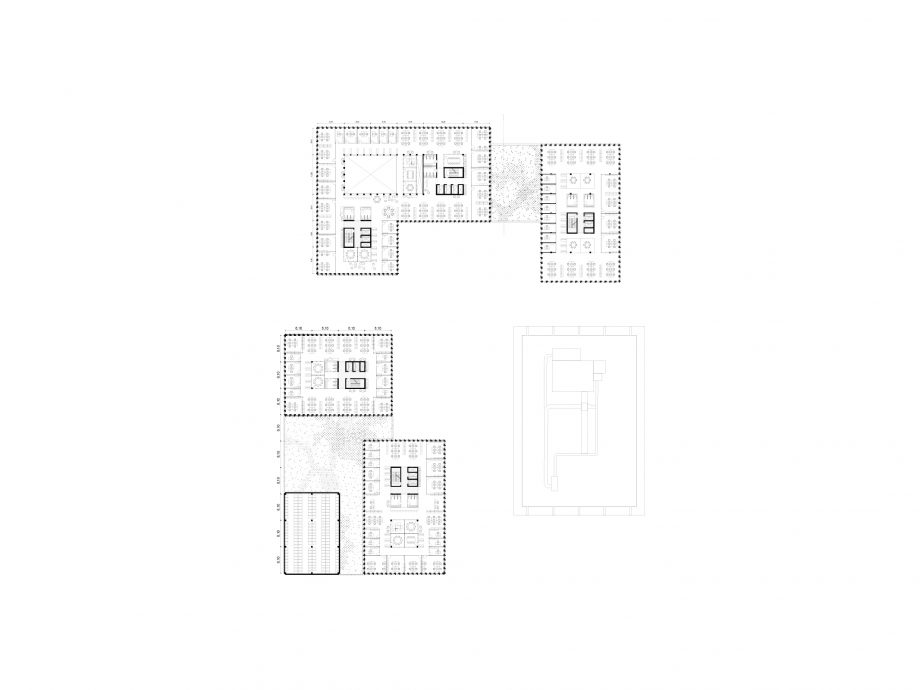 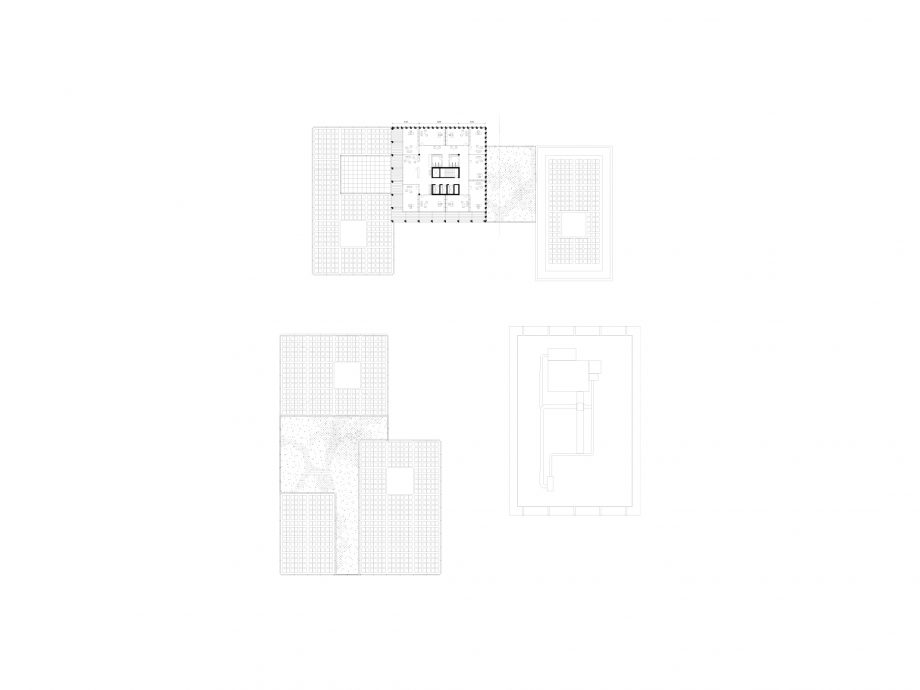 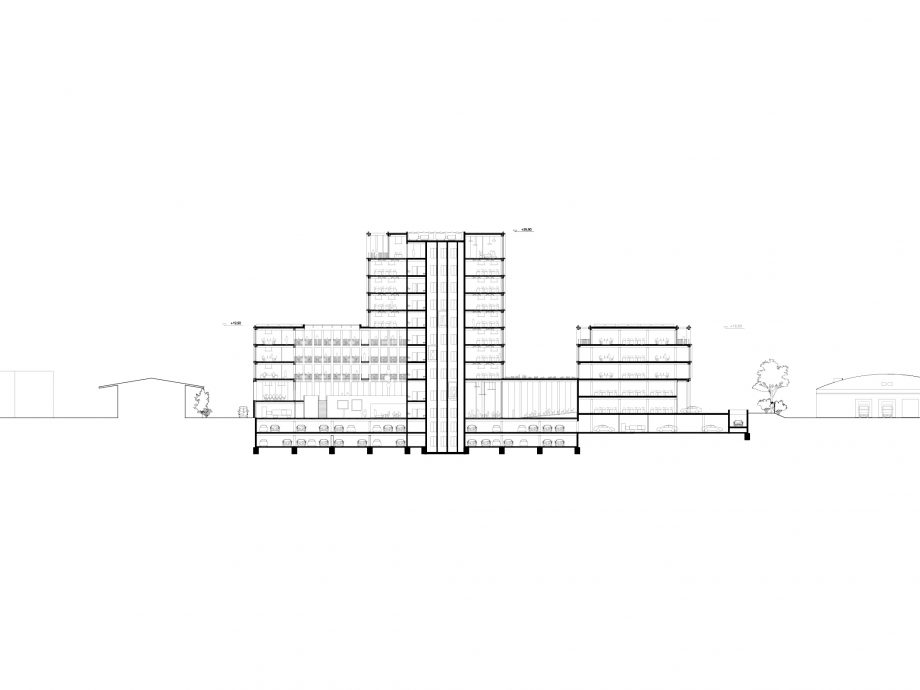 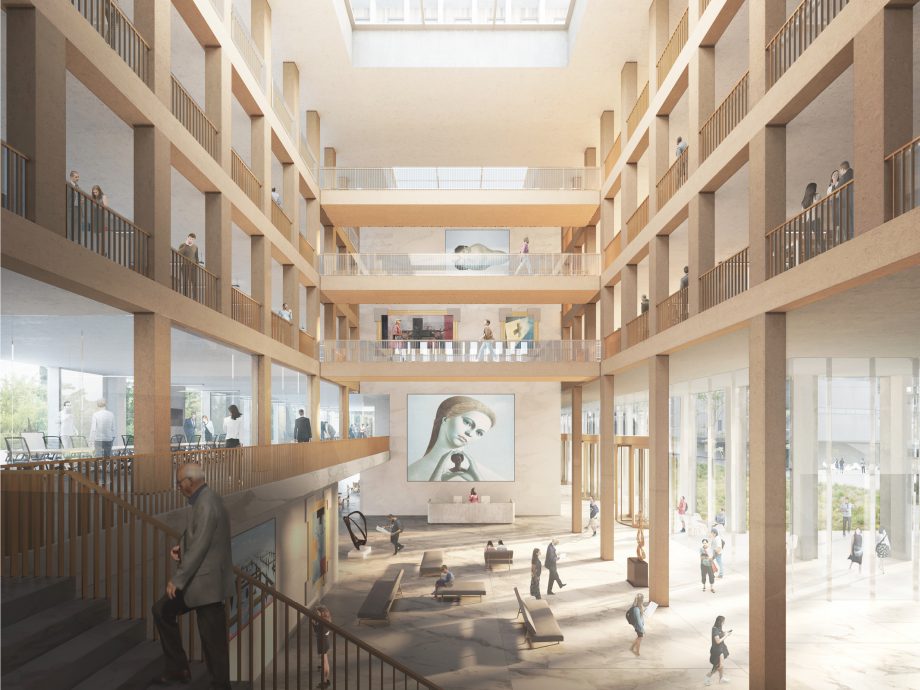 Business Park Ljubljana represents a modern and healthy office environment with a recognizable human scale character and timeless architecture. Interpolated within the monotonous industrial surroundings it hides in its center a warm space for interaction and participation. The three buildings together form an ensemble, and while being able to function separately from each other, they should always be regarded as a whole. The technical areas and facilities are located underground, while the ground floor and the first floor hold all public functions which require direct interaction with the site. The higher floors are occupied by office spaces. The functions of the public level are oriented towards the central plaza which enables sharing of functions and activities between the multiple addresses. Essentially the entire plaza acts as a spacious and sunny lobby of the cluster. While the centrally oriented typology is primarily a way to deal with the underdeveloped urban character of the area it at the same time forms a fundamentally urban ensemble – a semi permeable city block with a central plaza. It anticipates the future potential of the area and due to its fragmented composition remains flexible for future connections to its surroundings.