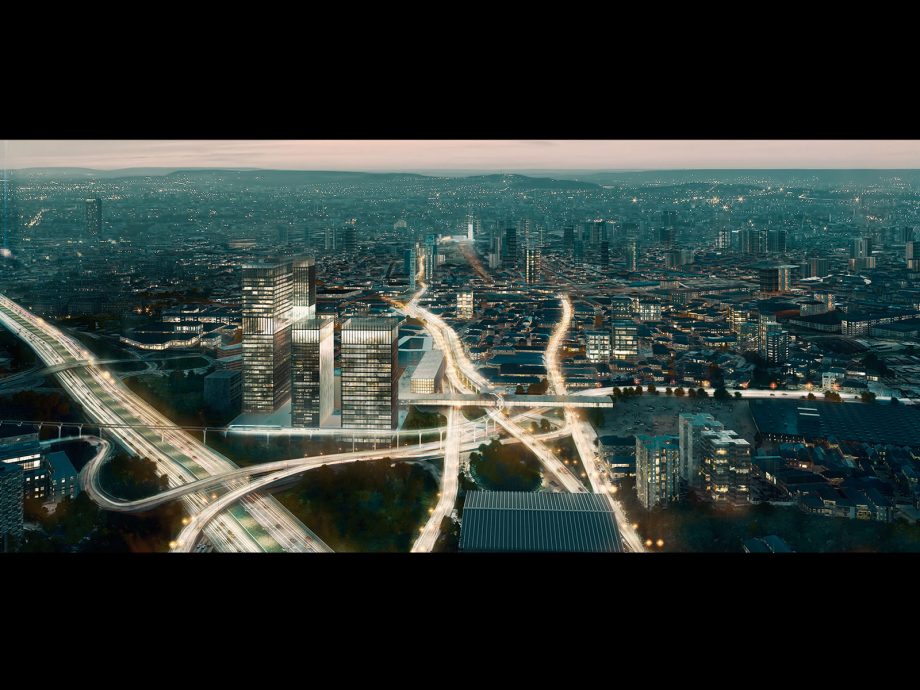 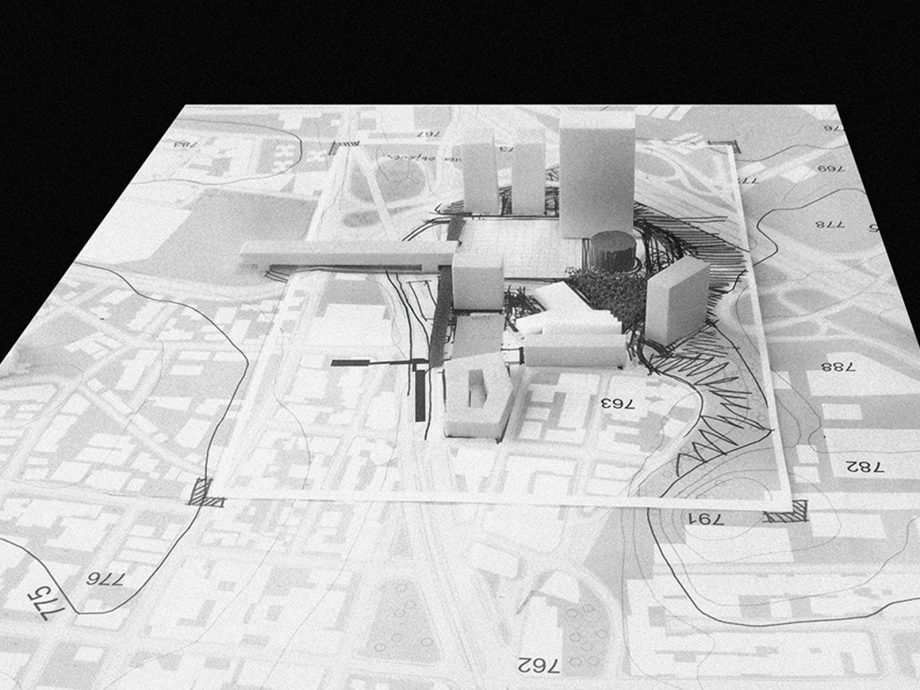 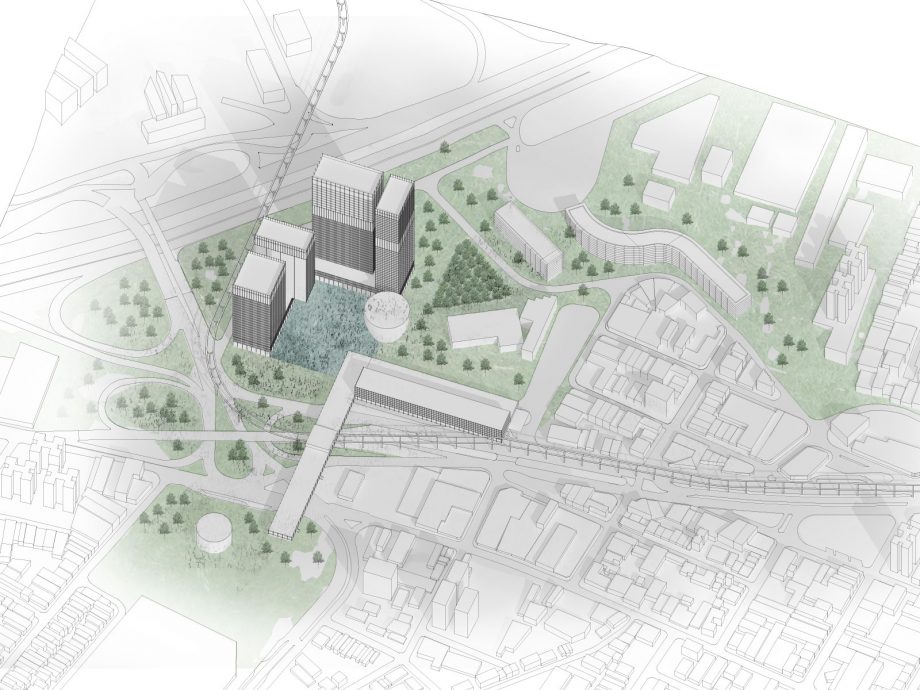 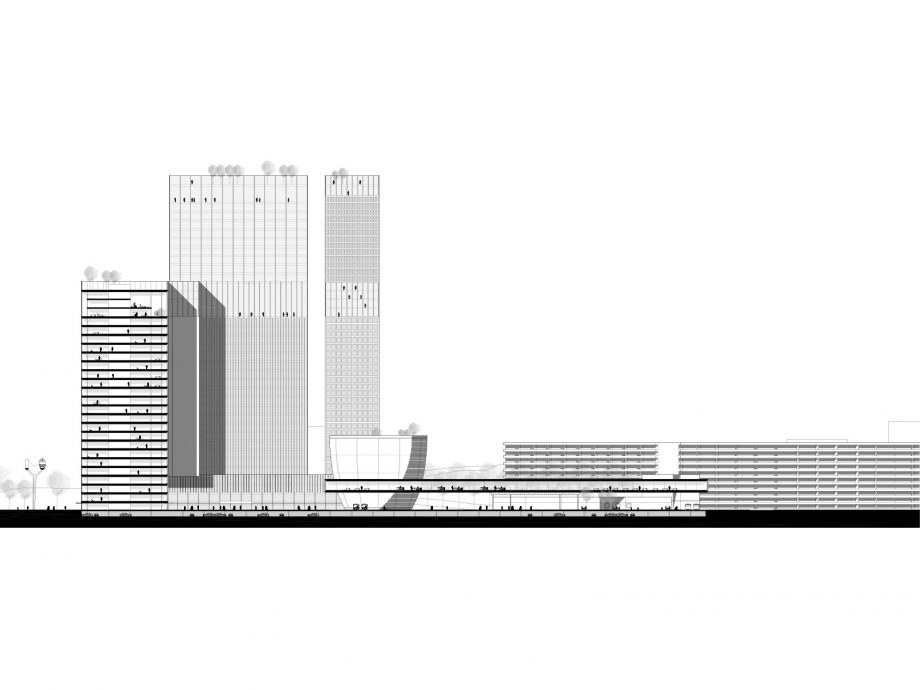 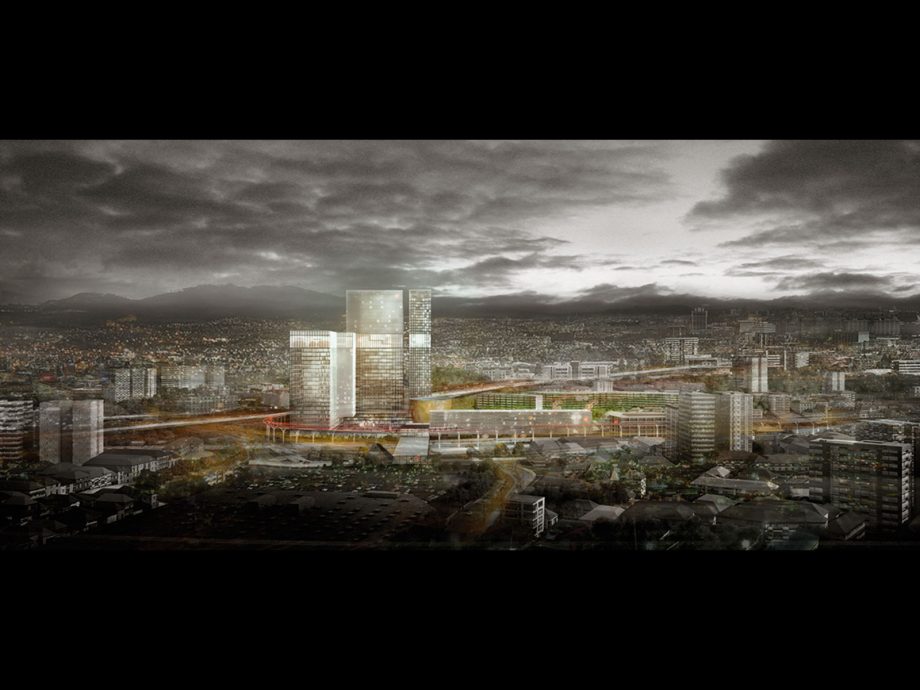 The study for the Ferrazópolis complex was initiated as a part of an ‘Urban Operation’ by São Bernardo do Campo city. The core of this development is located at a rather strategic point. The intersection of 7 inner-city bus lines, the inter-cities bus terminal and the terminal station of the cable car transport for Montanhão, create a multimodal node within the city, rendering it a crucial landmark for its future development. It is estimated that on an average day 60,000 visitors will pass through the terminal. A substantial part of City Hall’s administration offices will be relocated here, relieving not only the already over-burdened Paço Park, but also stimulating the neighbourhood’s economic activity. Alongside the terminal hub, a mall, a convention centre, a hotel, housing and offices are also to be found, all organized around a public square and generating a diverse urban environment.