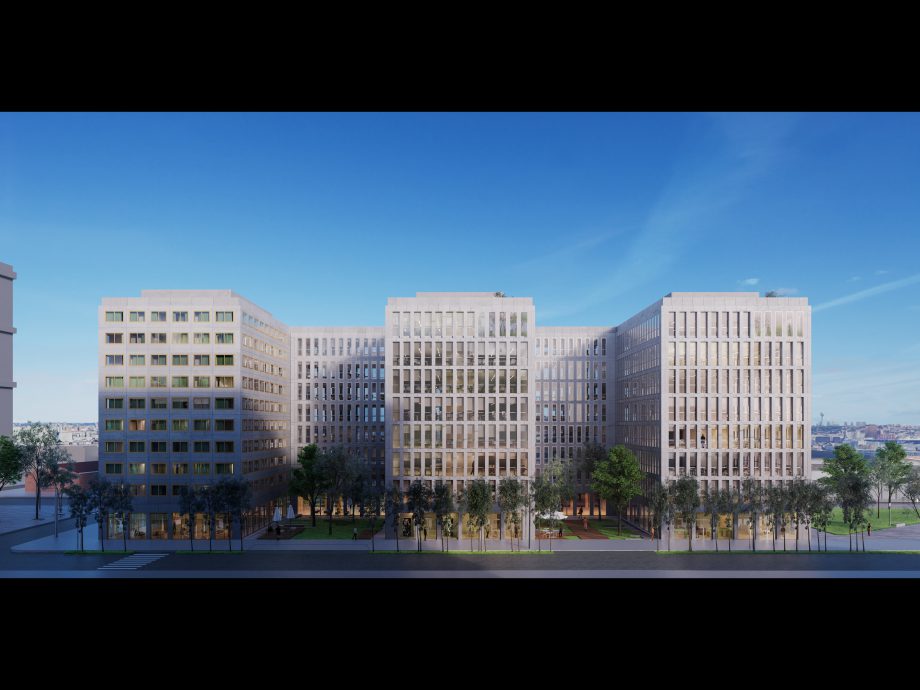 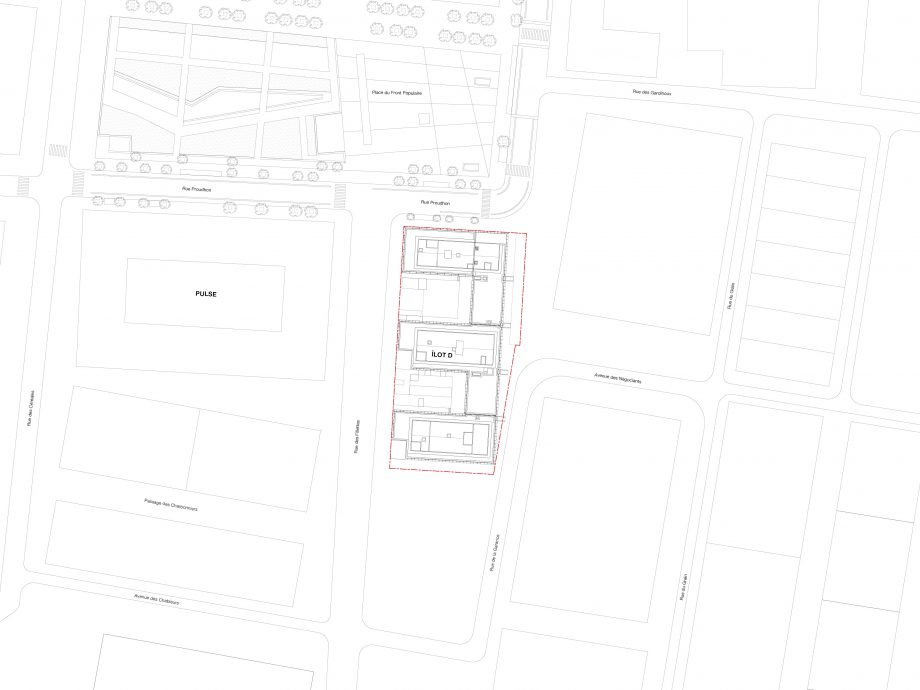 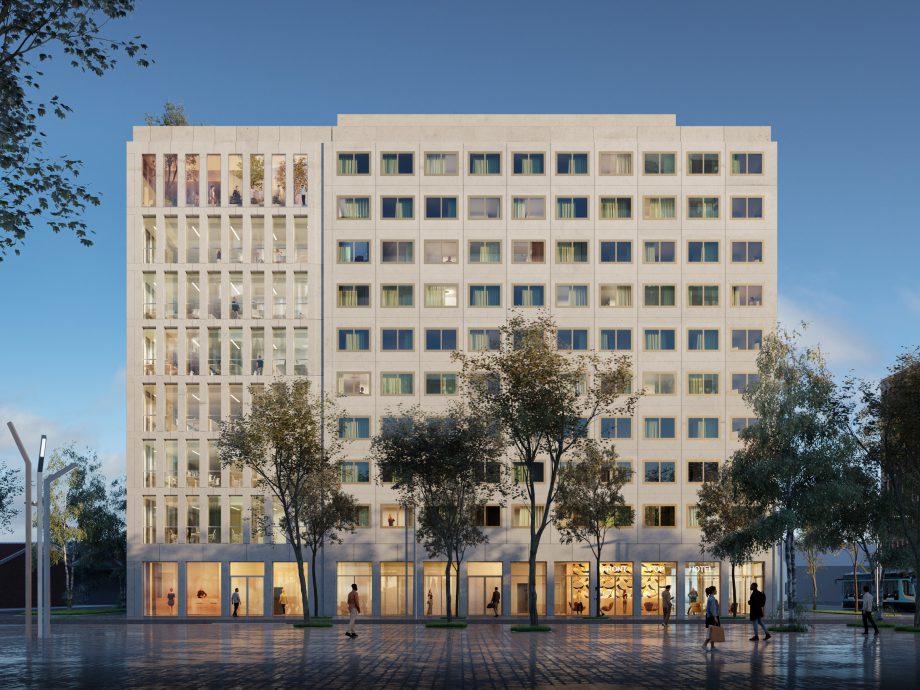 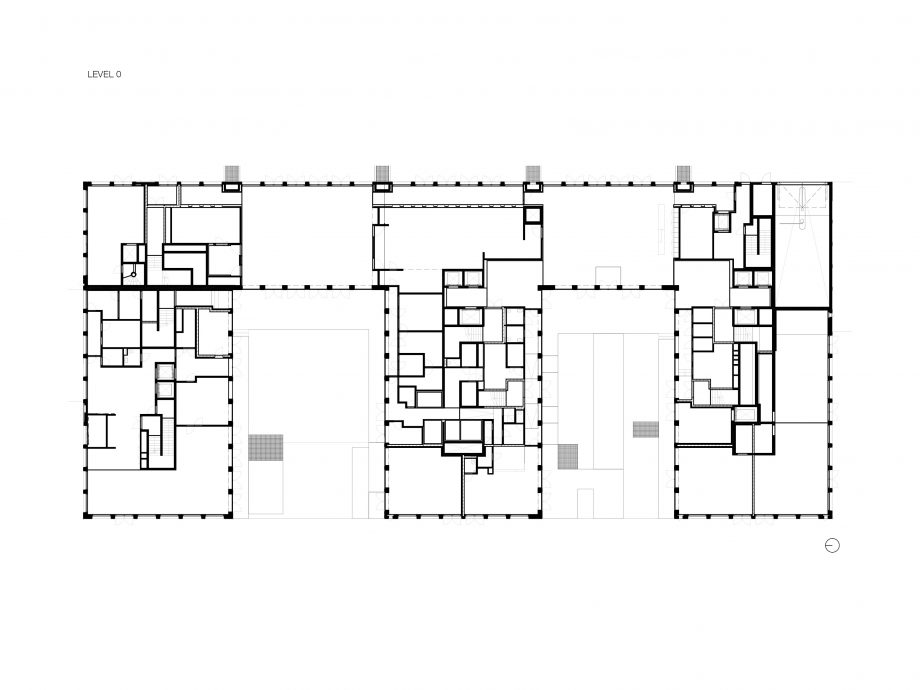 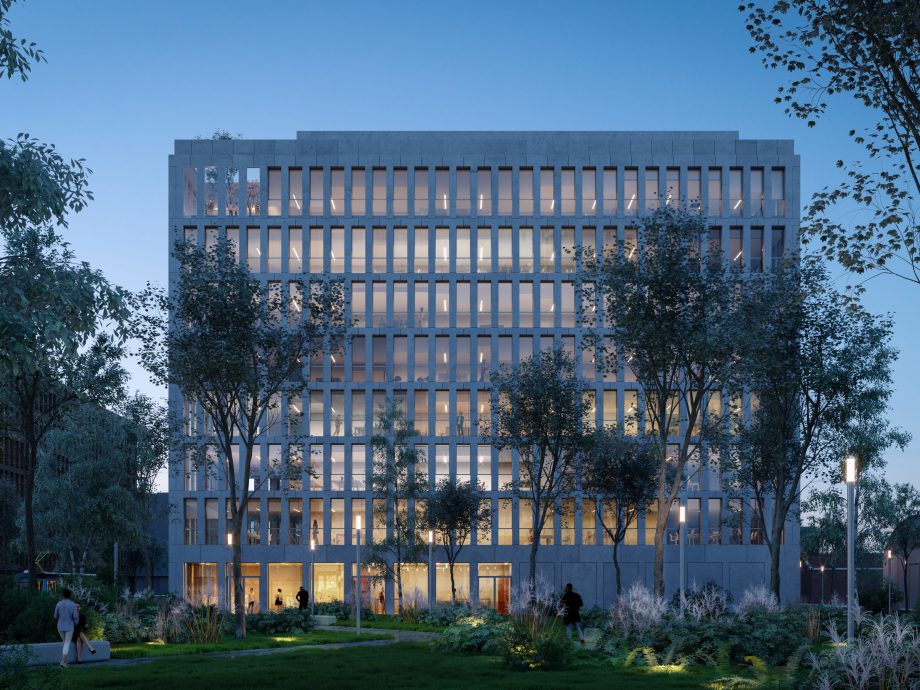 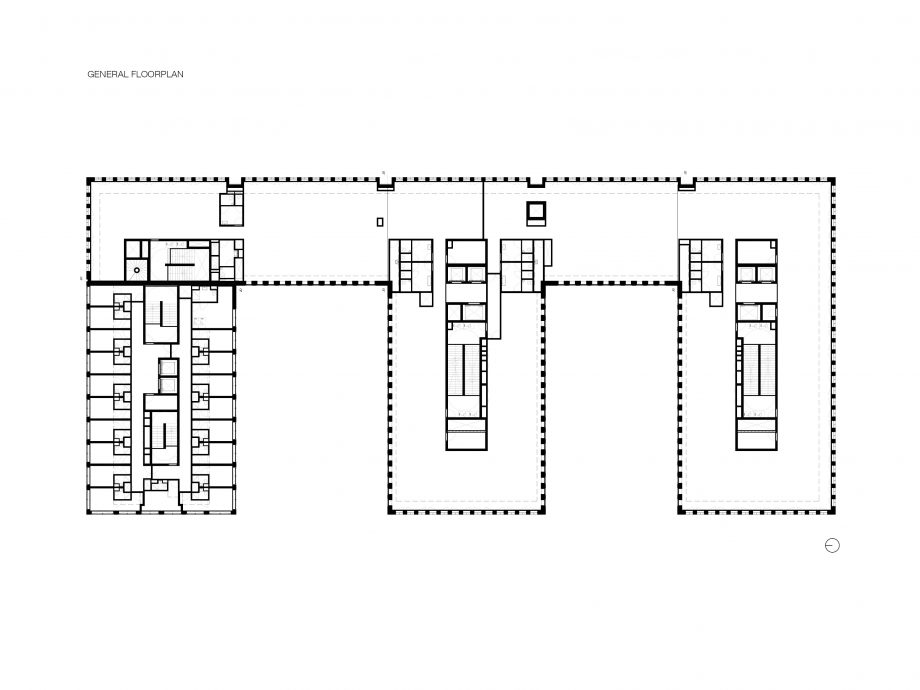 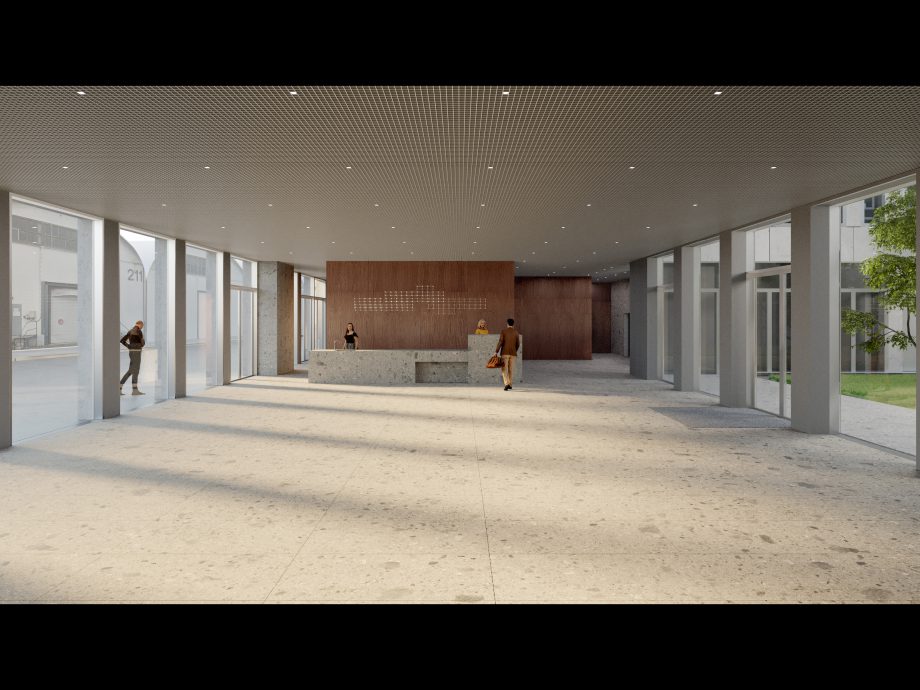 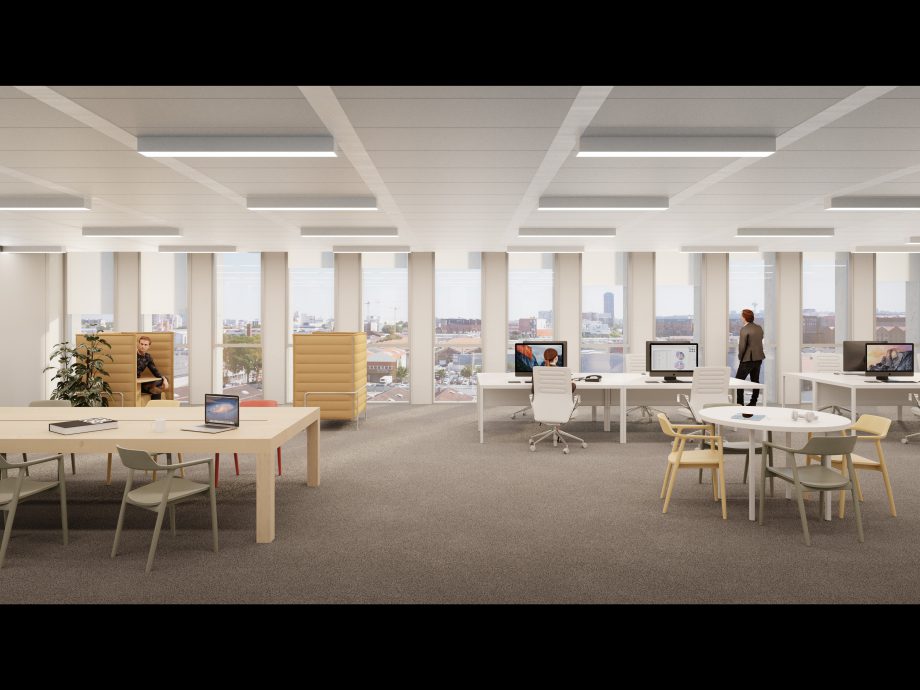 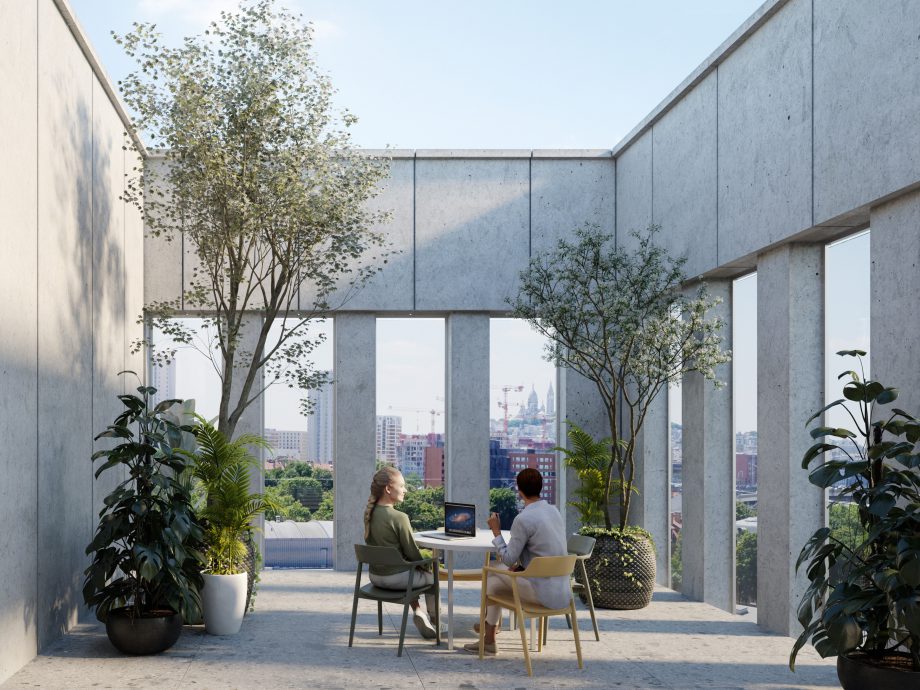 Located in the northern Parisian suburb of Aubervilliers and rising on a former television broadcast studios site, the JUMP building is set on the new Front Populaire square, in the hotspot of an upcoming neighbourhood. The project is both a part of the development of the ZAC Nozal-Front Populaire and Parc des Portes business park. The building is embodied by a clean volume which integrates the evolving landscape of the neighbourhood, hosting offices, an EasyHotel and retail spaces. Offices occupy seven floors within the two southern blocks, while the hotel complex located on the main public square toward the north spreads over nine levels. The retail spaces are distributed along the ground floor, actively participating in the daily life of the public square. The upper floors are enriched with terraces connected to the hotel and the shops. To create a connection between the Place du Front Populaire (north) and the south of the lot, two nestled wide patios are created to accommodate greenery. These “urban patios”, characterized by verticality, generate landscape alcoves and enrich the urban space with green public areas, along Rue de Fillettes, where the new tramway line will be built. The pattern of the solid prefab concrete façade has a smooth regular texture, which identifies the functions hosted in the building itself. The hotel rooms have generous wide openings towards the outdoor landscape, while the offices have vertical breaches to enhance future flexibility and adaptability needs. The materiality of the façades is overall represented by light silky concrete. The concrete presents variations according to the different orientations and volumes. The main façade underlines its clean concrete essence, hiding the windows fixtures towards the interior. The patio façades have visible flush frames in anodized aluminium, enhancing the reflection of both greenery and sky, while the hotel has exposed bronze fixtures in a more domestic format, animating the plaza with a multitude of interior scenes.