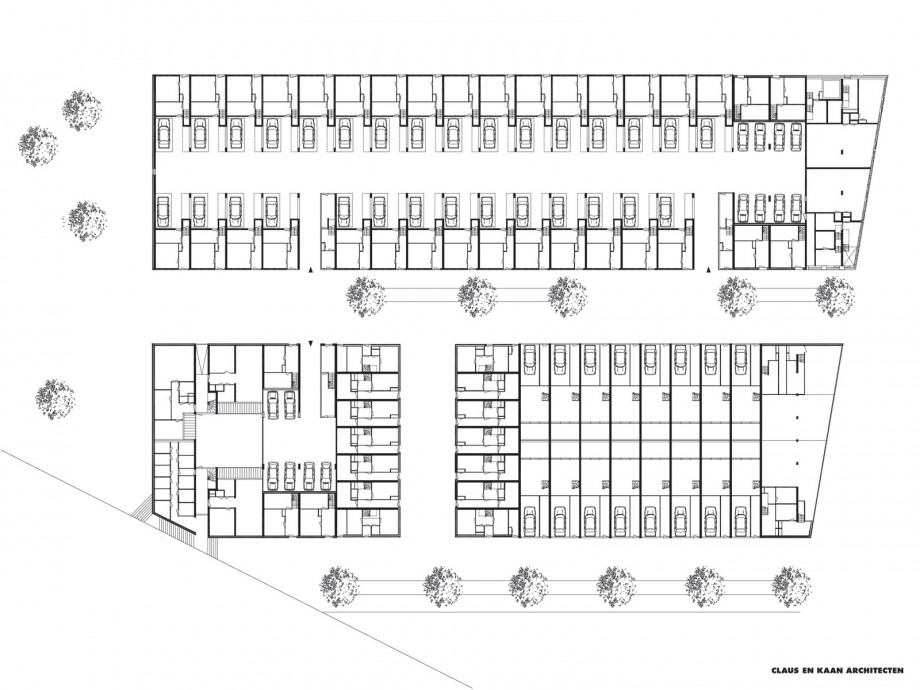 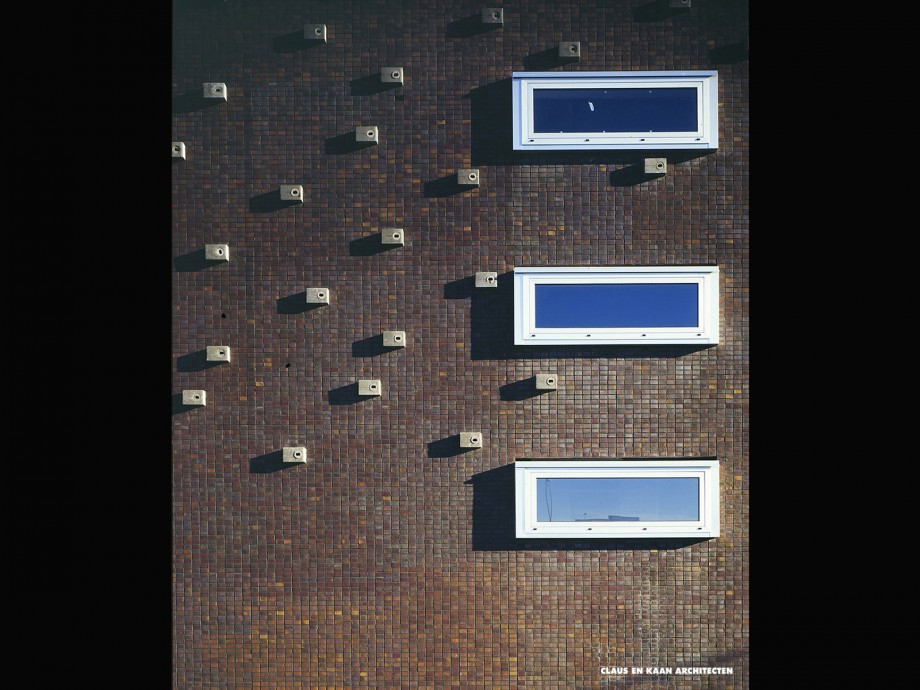 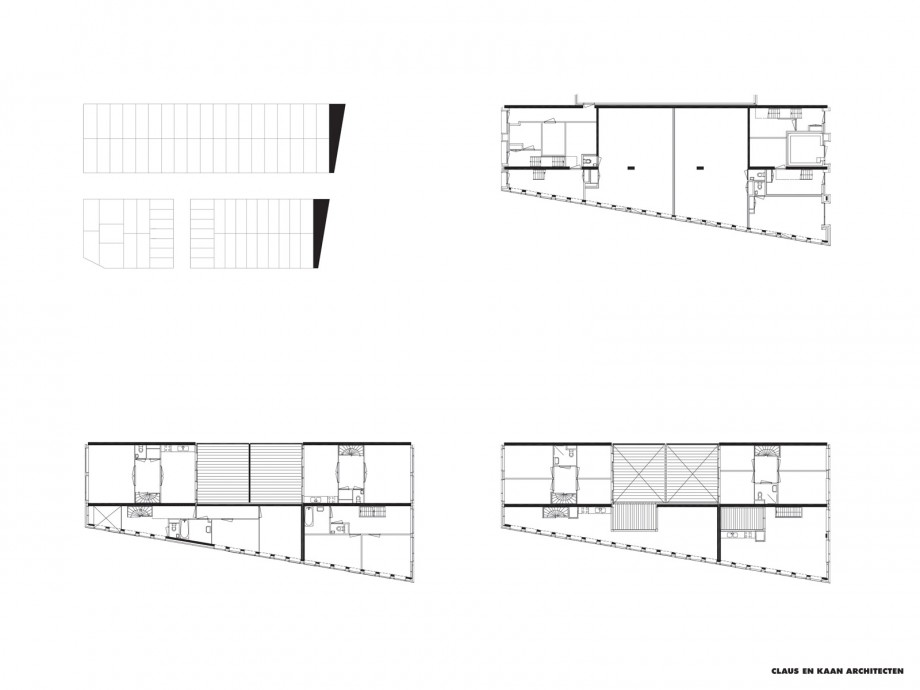 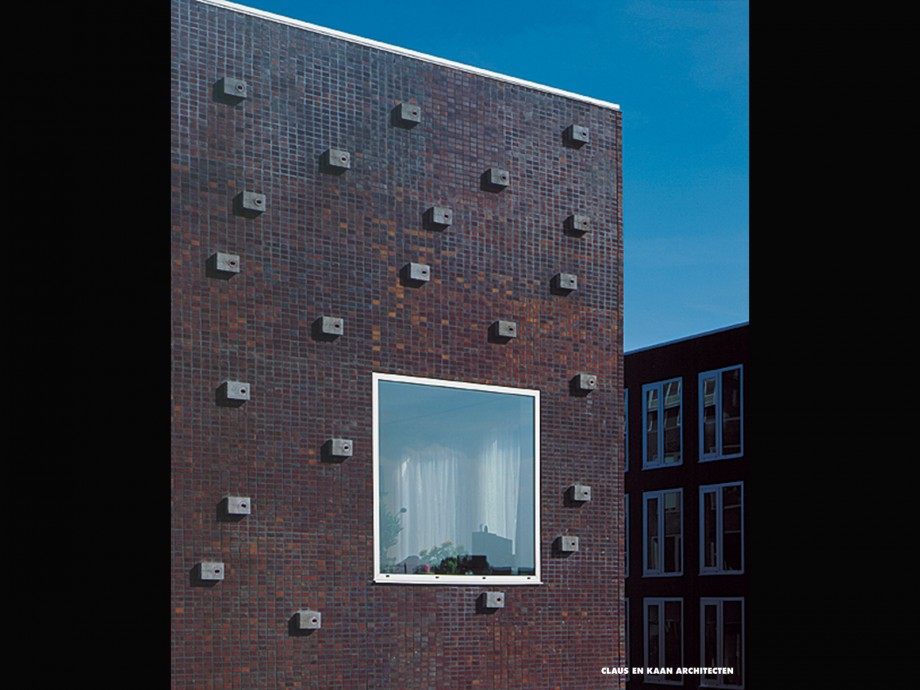 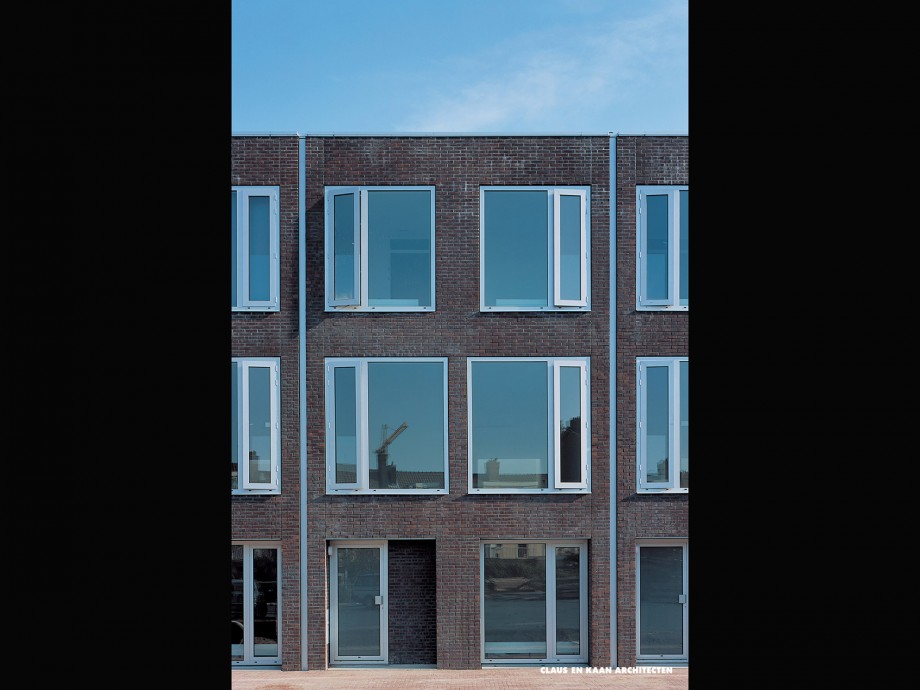 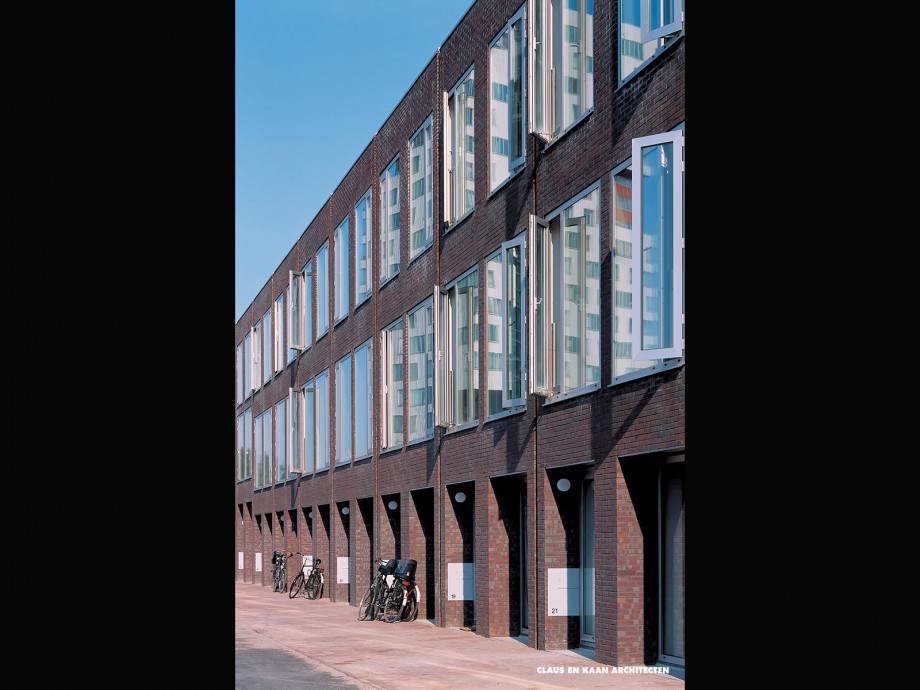 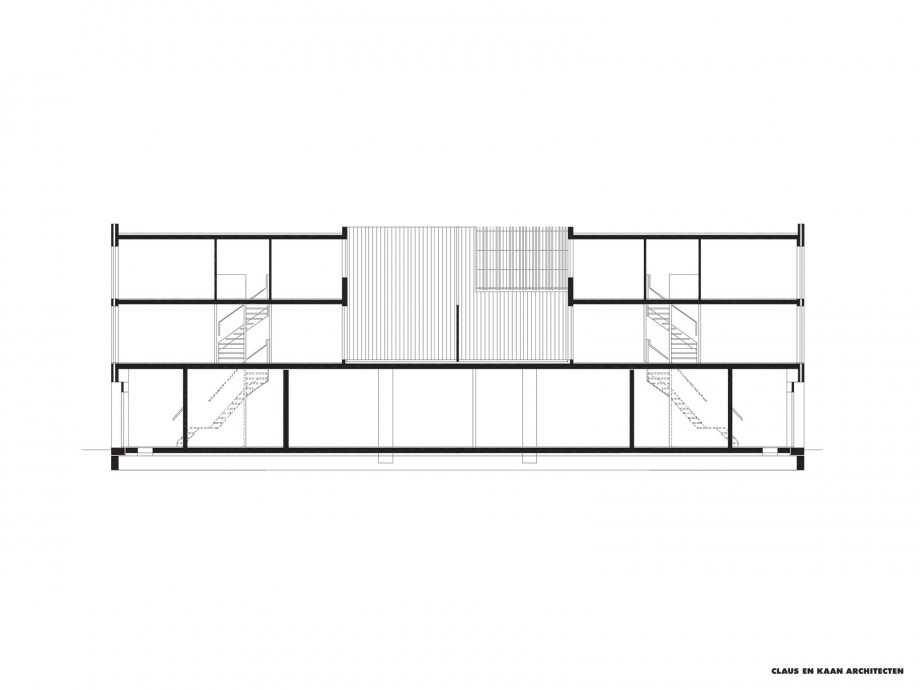 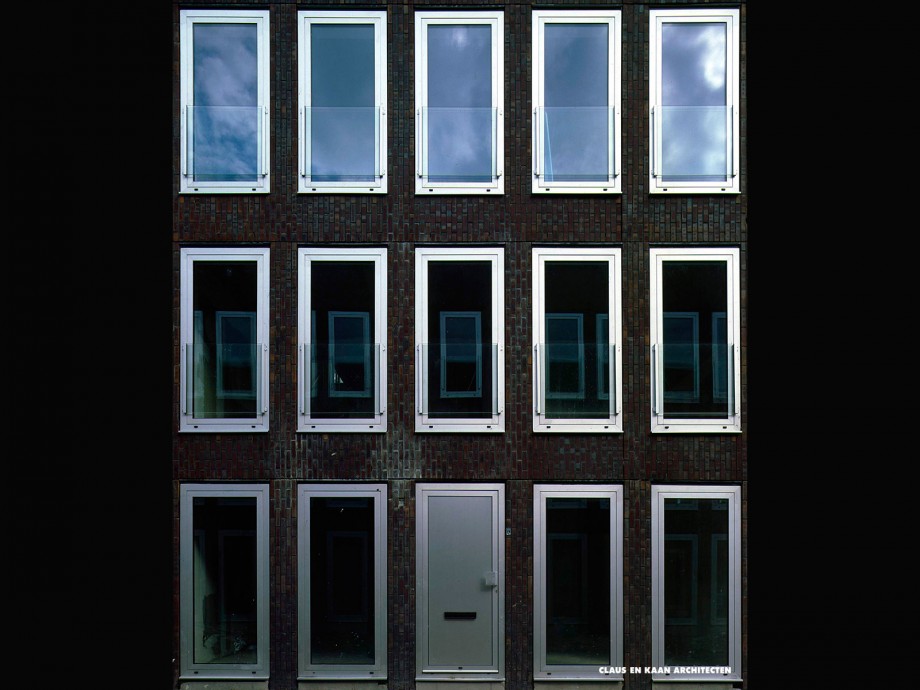 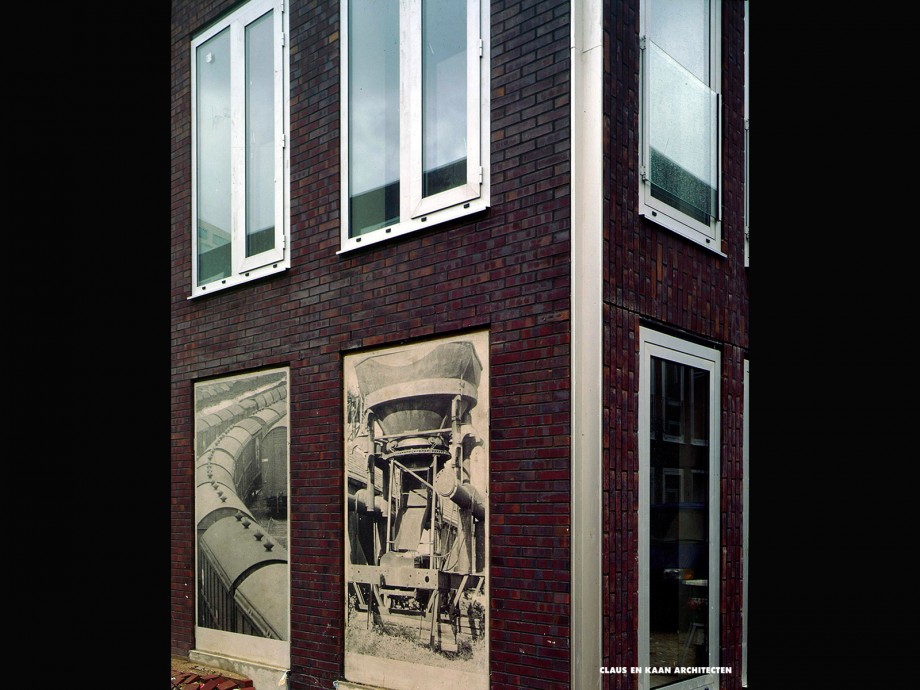 Rietlanden is part of the Borneo Sporenburg urban development plan and is situated on the mainland. The project is an urban microcosm. The architecture is remarkably varied, with different types of apartments differing in price range and intended residential categories. Dwellings are arranged in three blocks and organized in two rows. The glass and the aluminium frame of the windows, which stand out prominently from the surface of the façade, define the overall aesthetic. Those large glass surfaces establish a direct relationship between the homes and the street. In their extroversion, these apartments are the very opposite of the generally inward-looking dwellings of Borneo Sporenburg. The buildings are a contemporary echo of the speculative architecture of the 19th century, when individual apartments were pushed together into urban blocks. The prototype structure for the Rietlanden is the veranda house, named after its inner terrace and veranda on the upper floor.