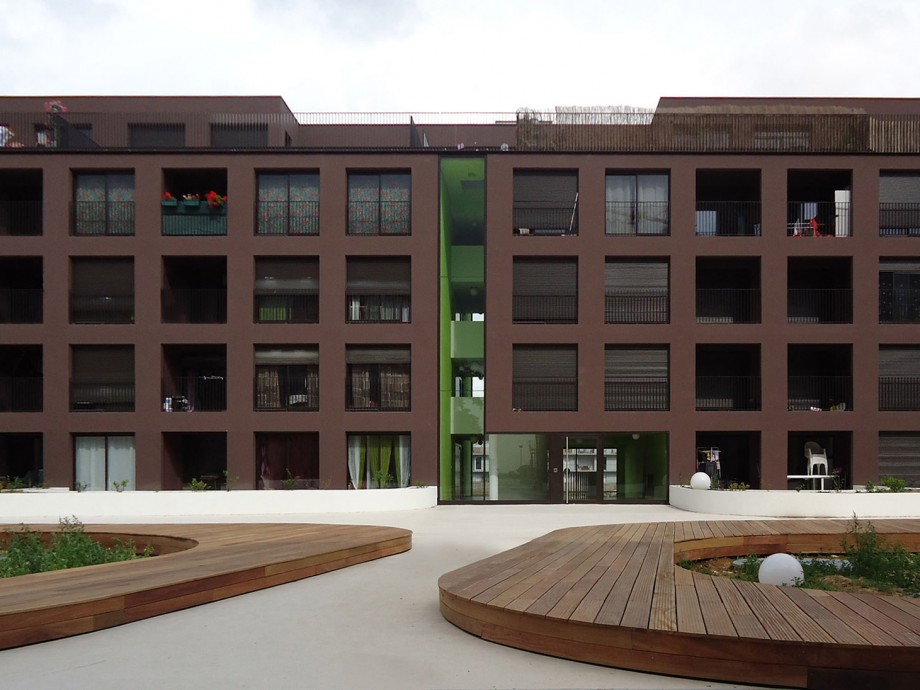 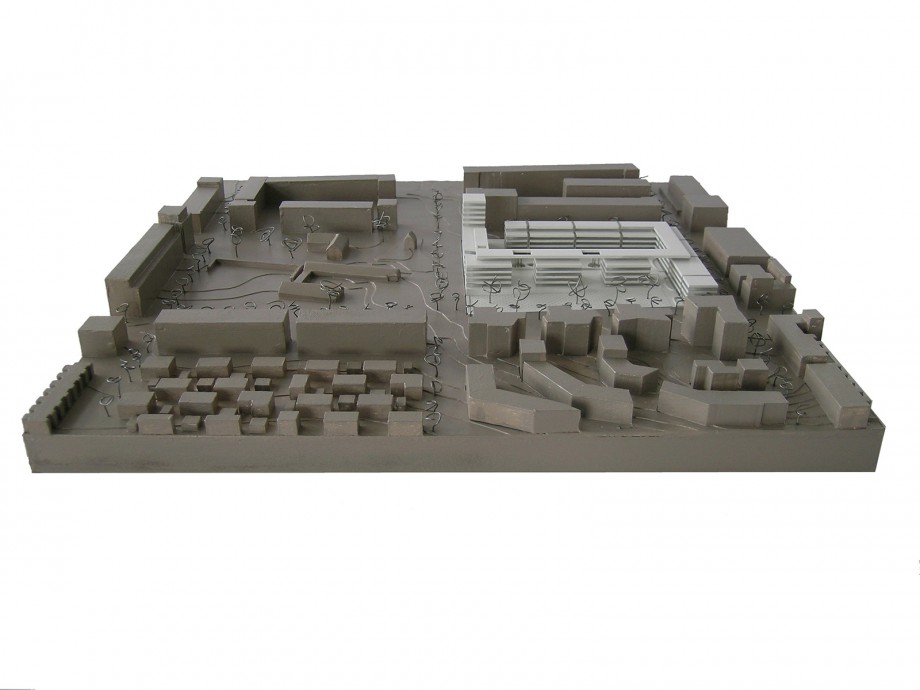 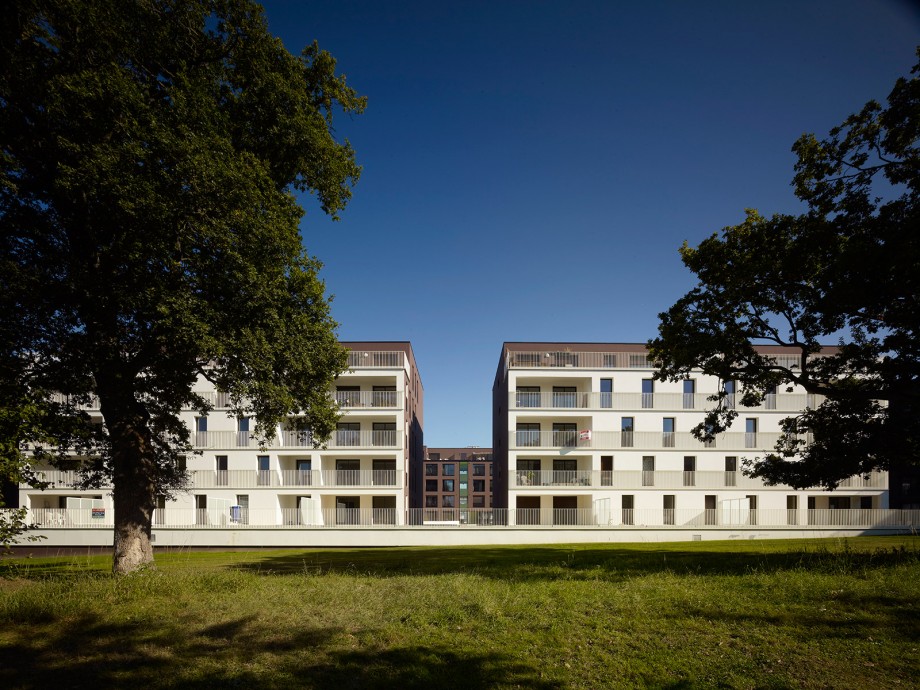 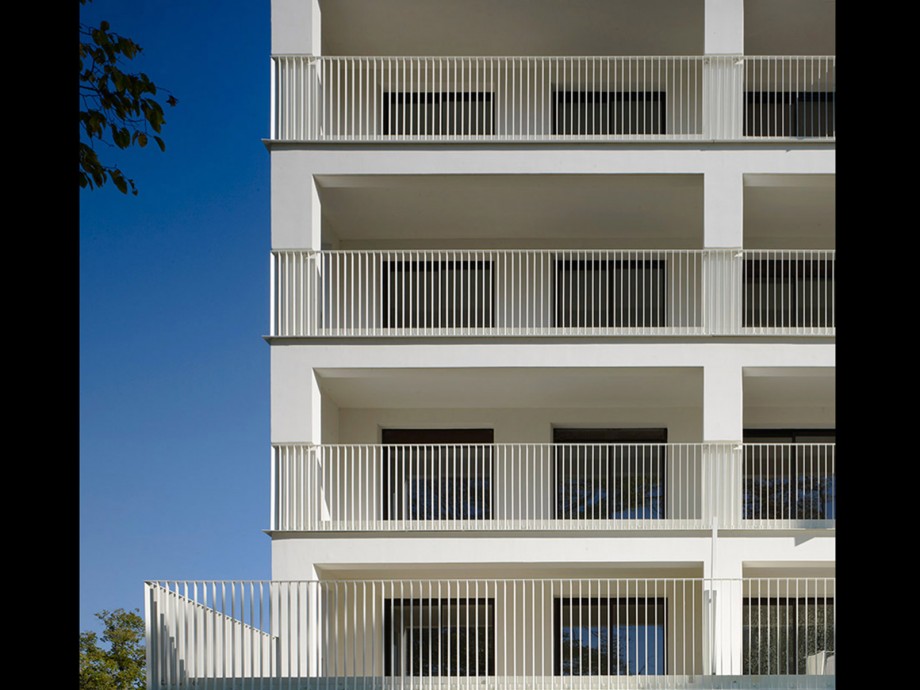 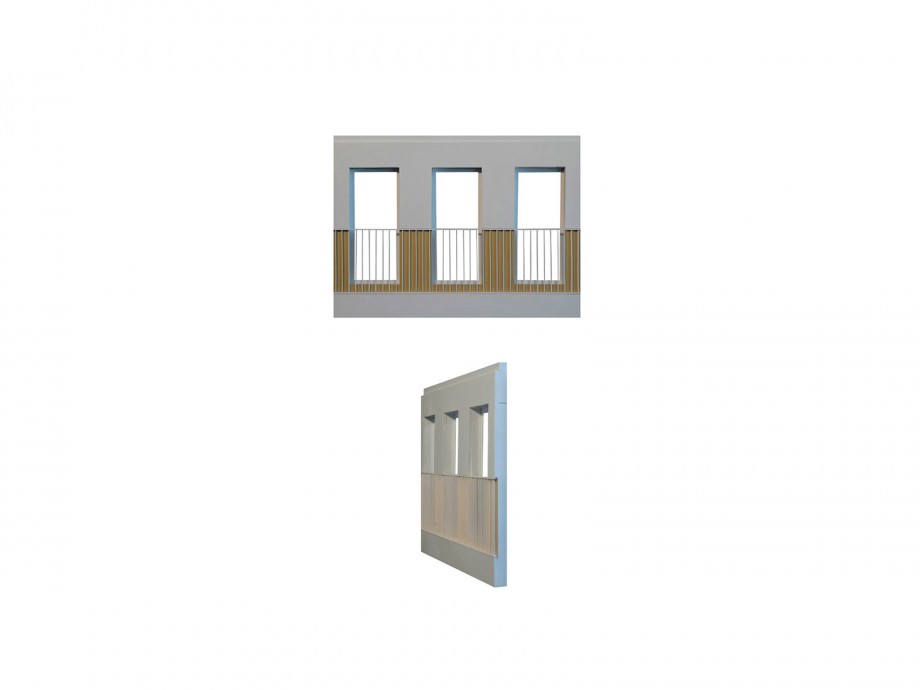 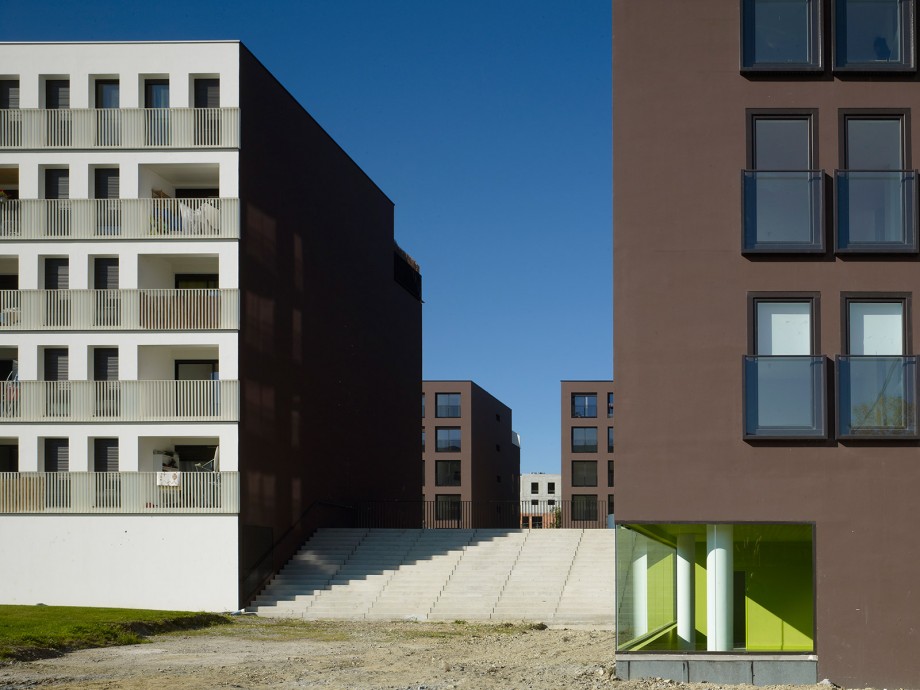 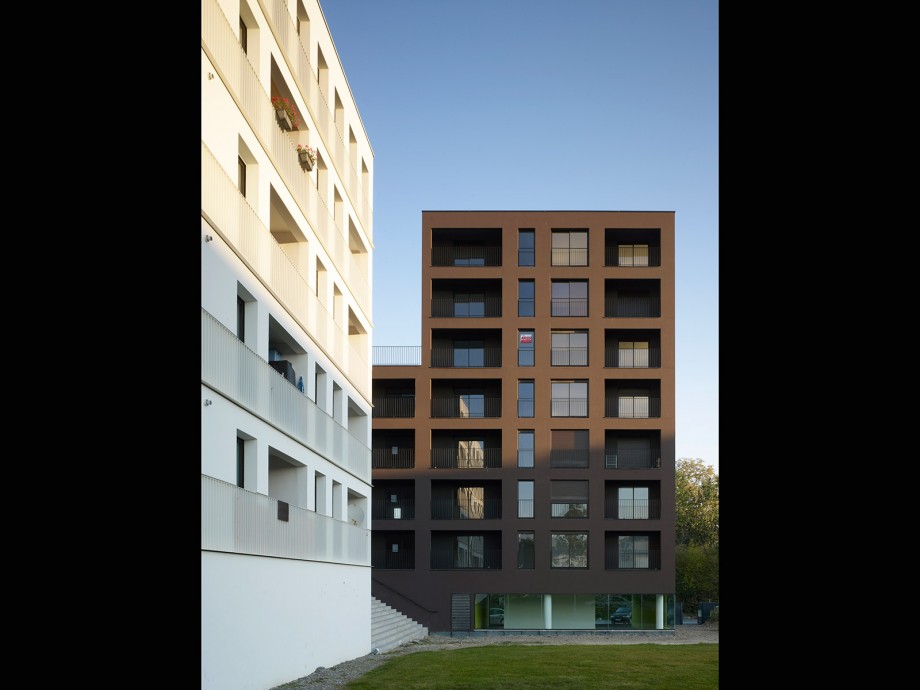 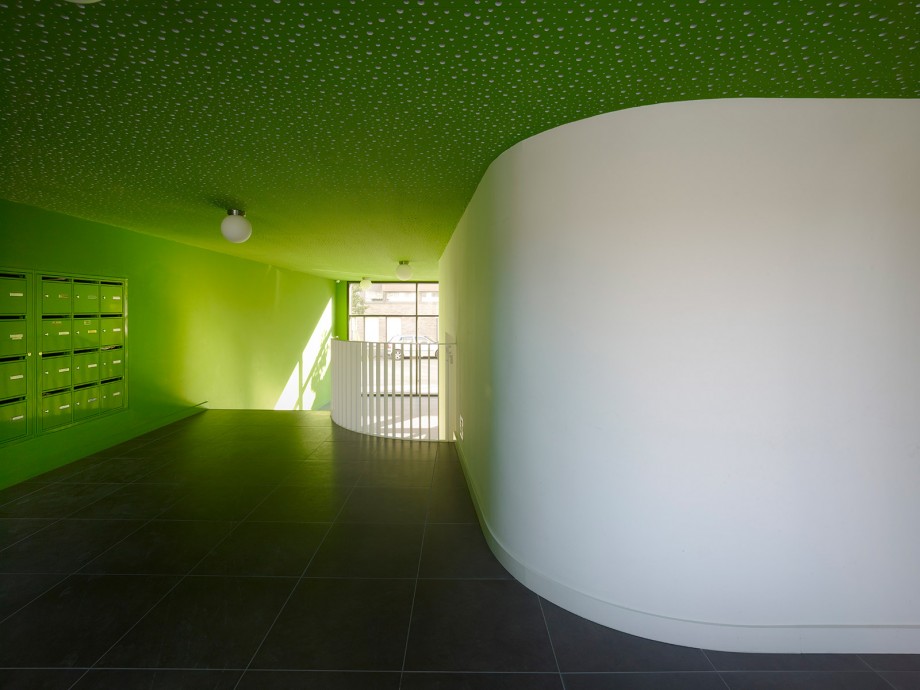 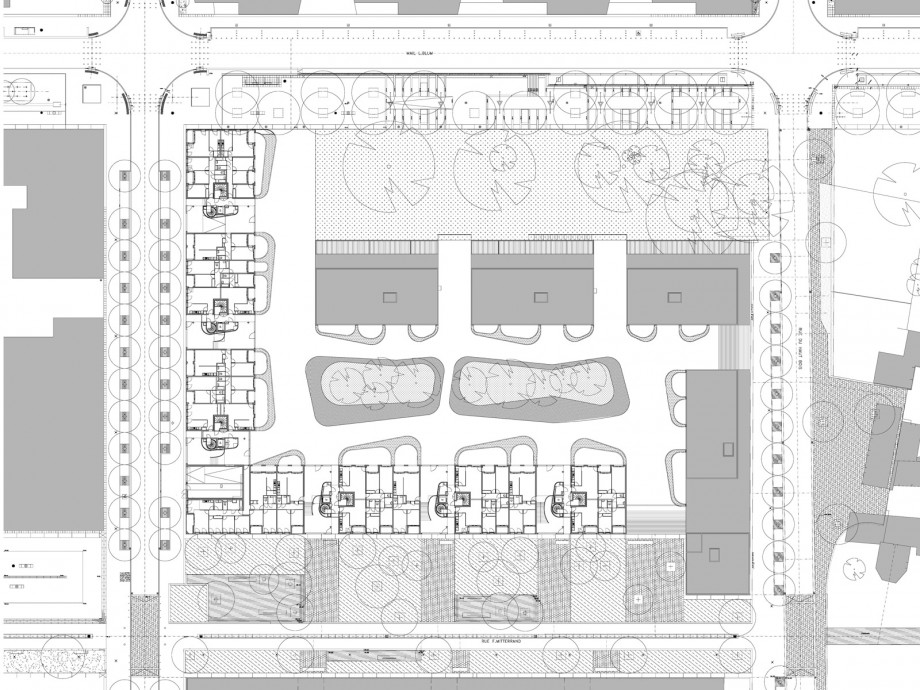 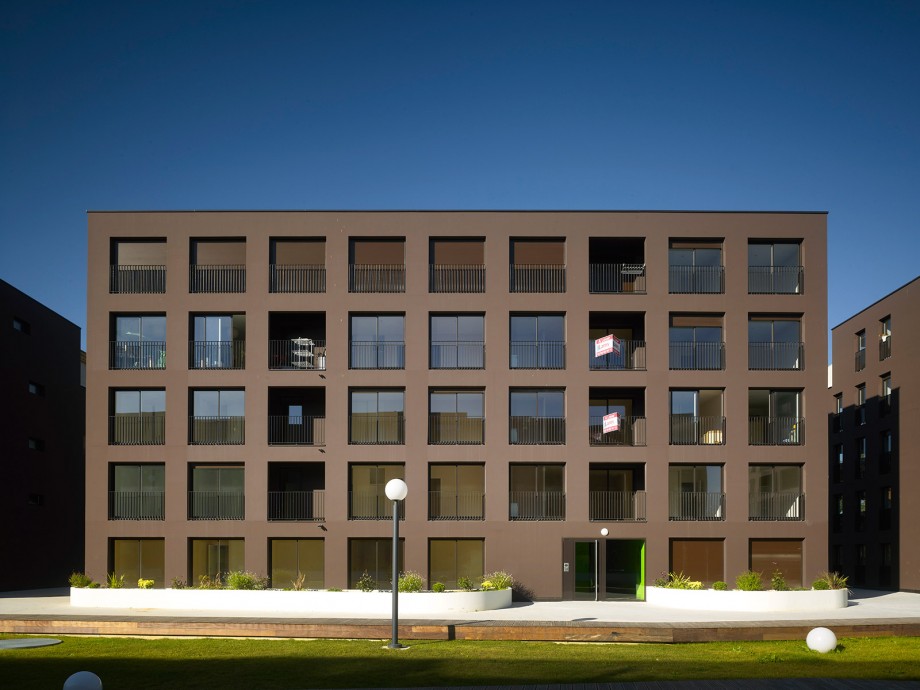 In St.Jacques-de-la-Lande a complex with 200 apartments has been designed for the ZAC de la Morinais area, a master plan developed by Jean-Pierre Pranlas-Descours where the layout of private and public areas provides functional versatility and social diversity within the city.
The project aligns itself with the main axes through the neighbourhood, which achieves a beneficial exchange between the public and private spaces. The buildings with white façades on the street side help to integrate the development into the area. Metal balustrades (a particularly French feature) that strictly adhere to the lines of the concrete structure ensure the unity of the whole design and provide a certain dynamic grandeur and expressivity.
The brown façades of the islands have a more domestic character and assert their difference and originality through colour contrast and legible individual dwellings on the courtyard side.