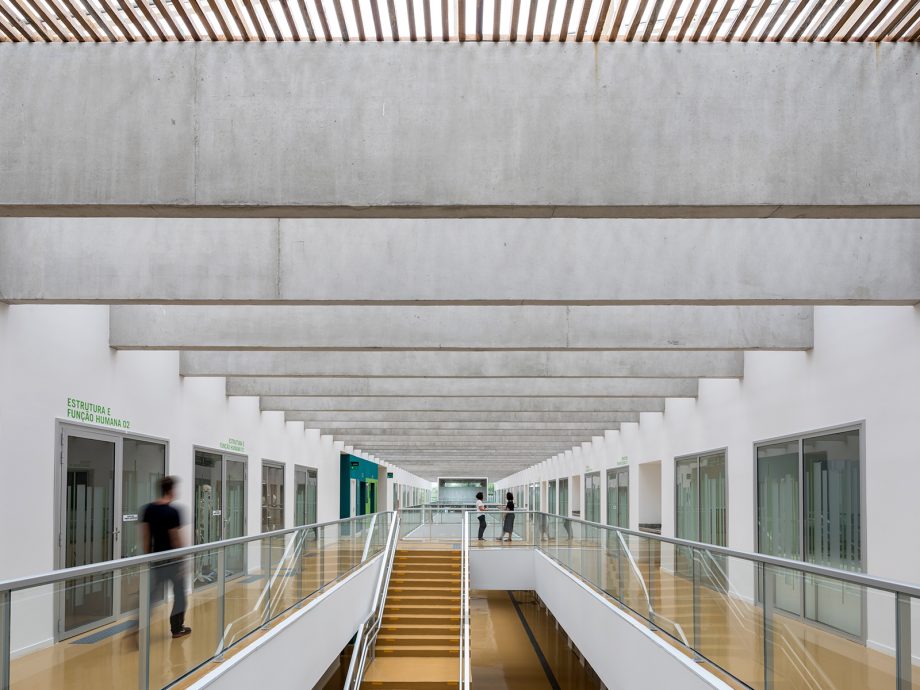 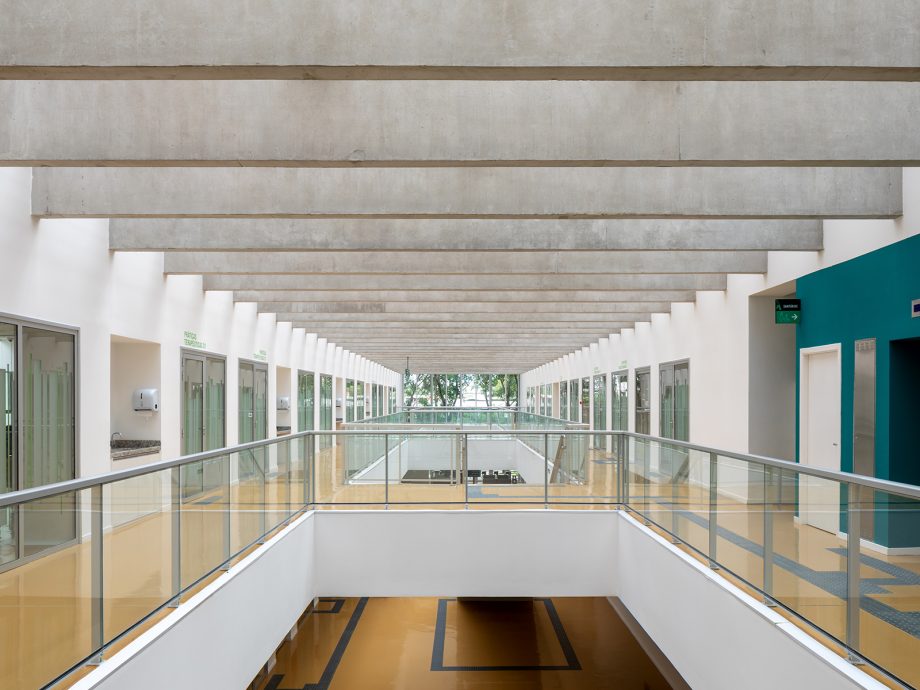 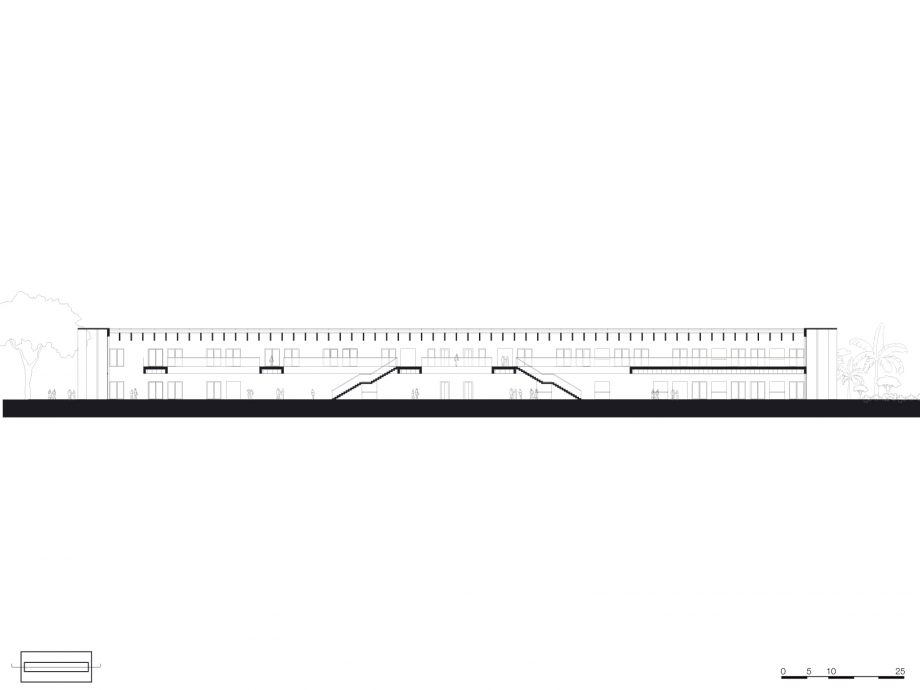 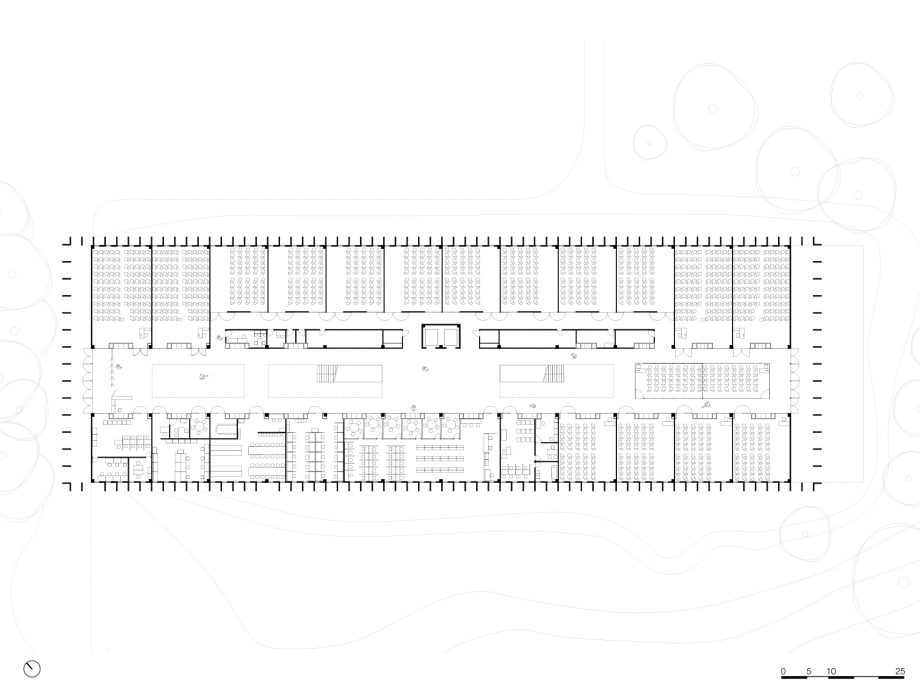 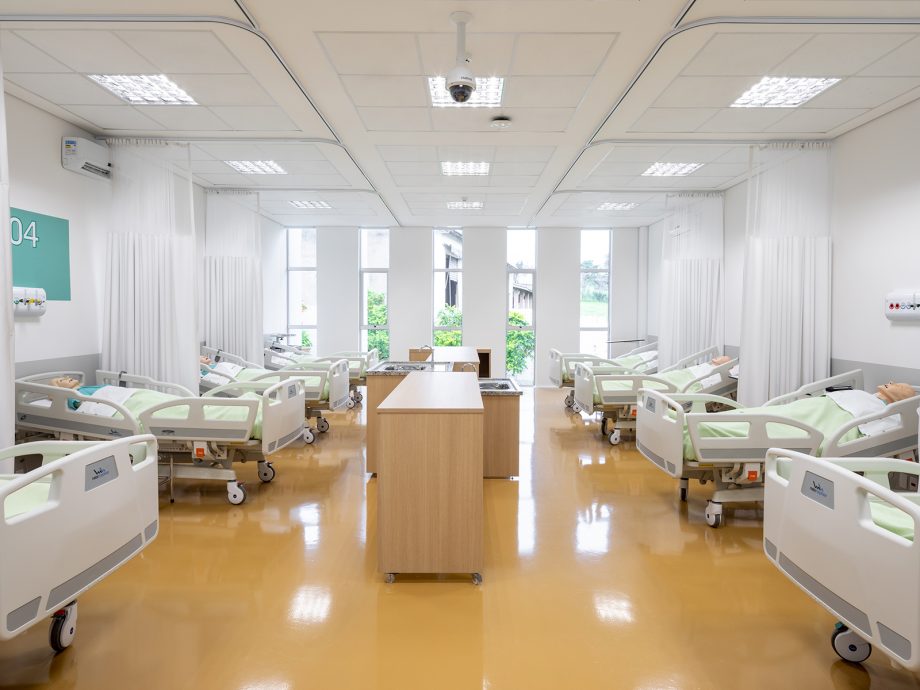 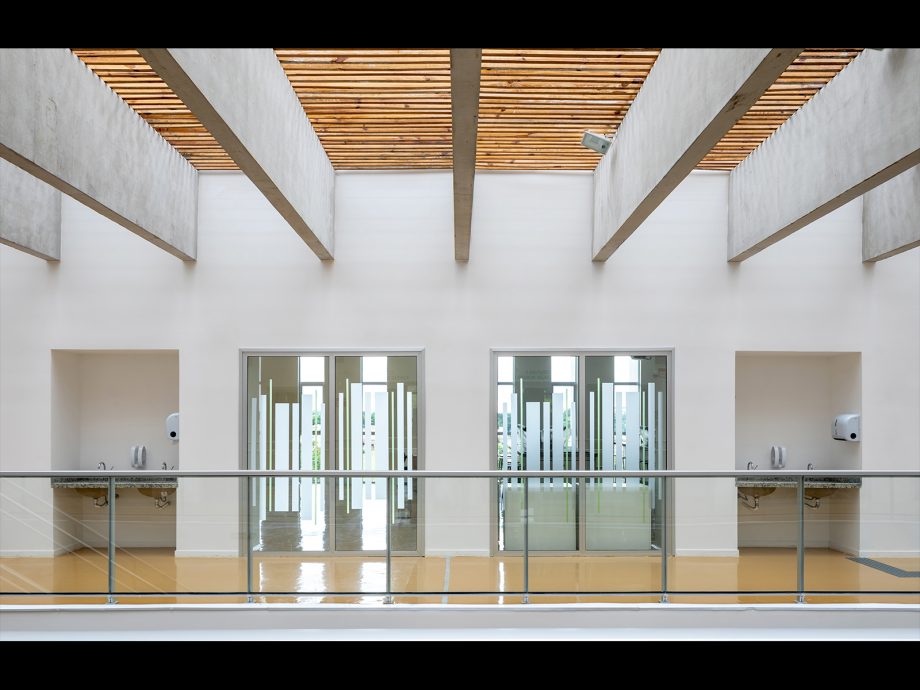 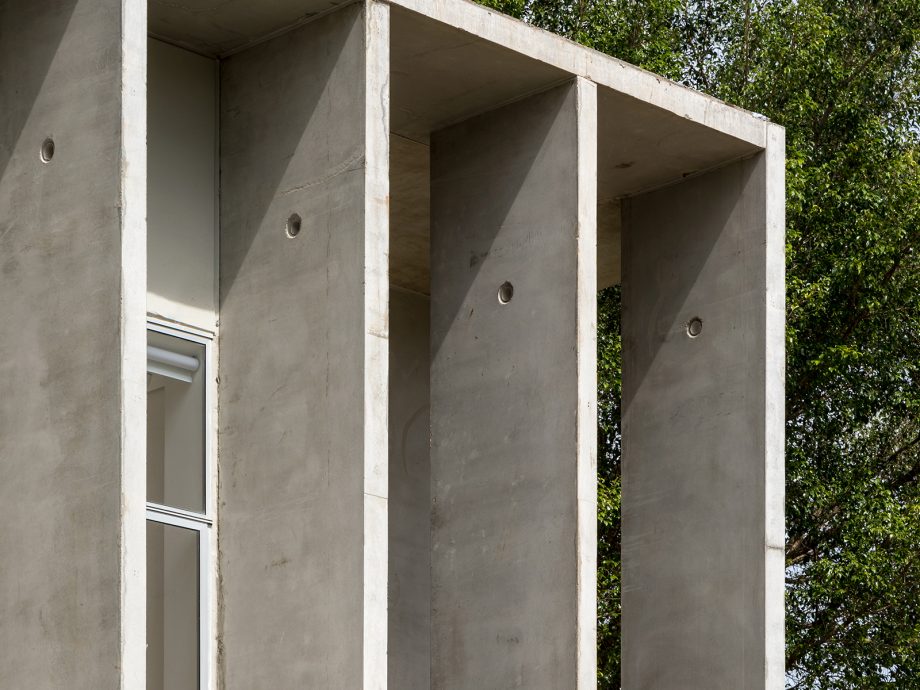 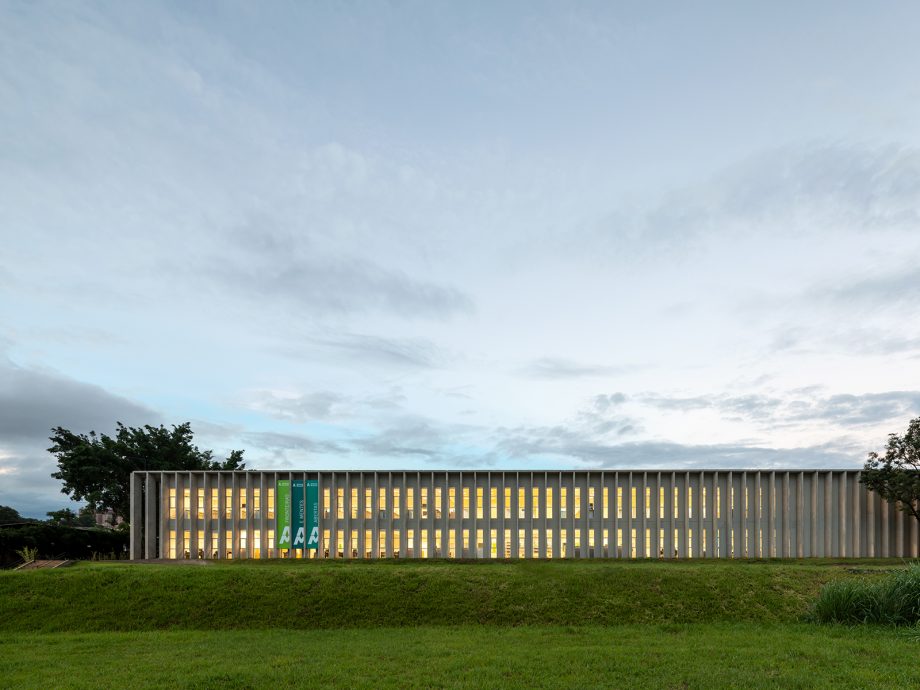 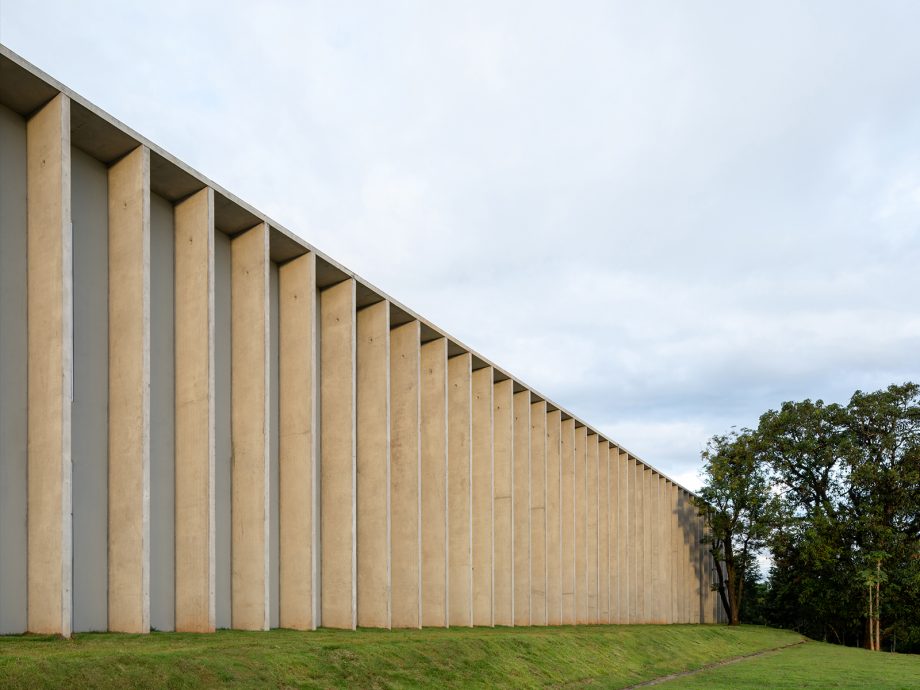 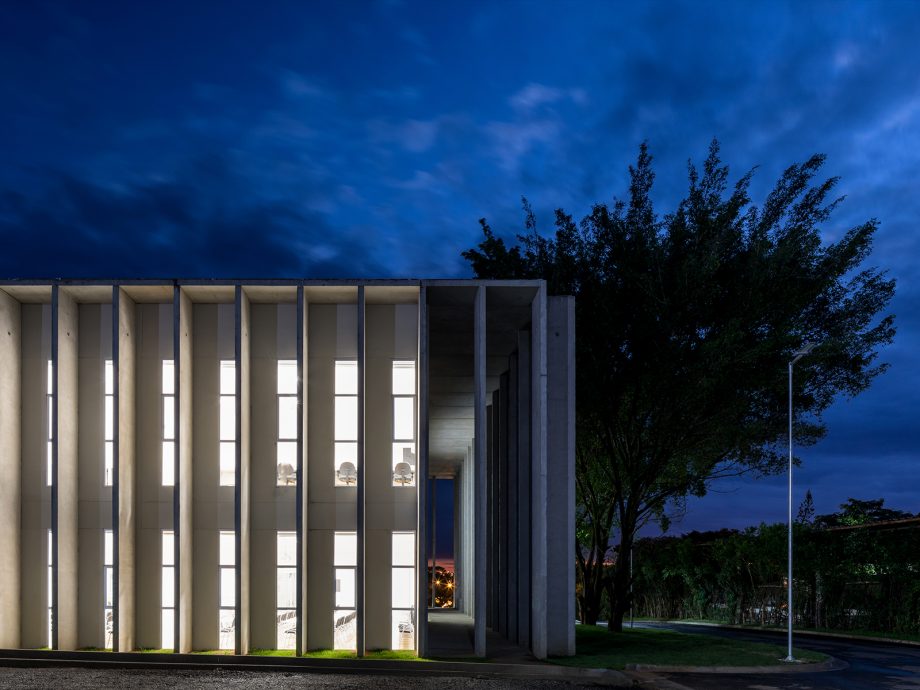 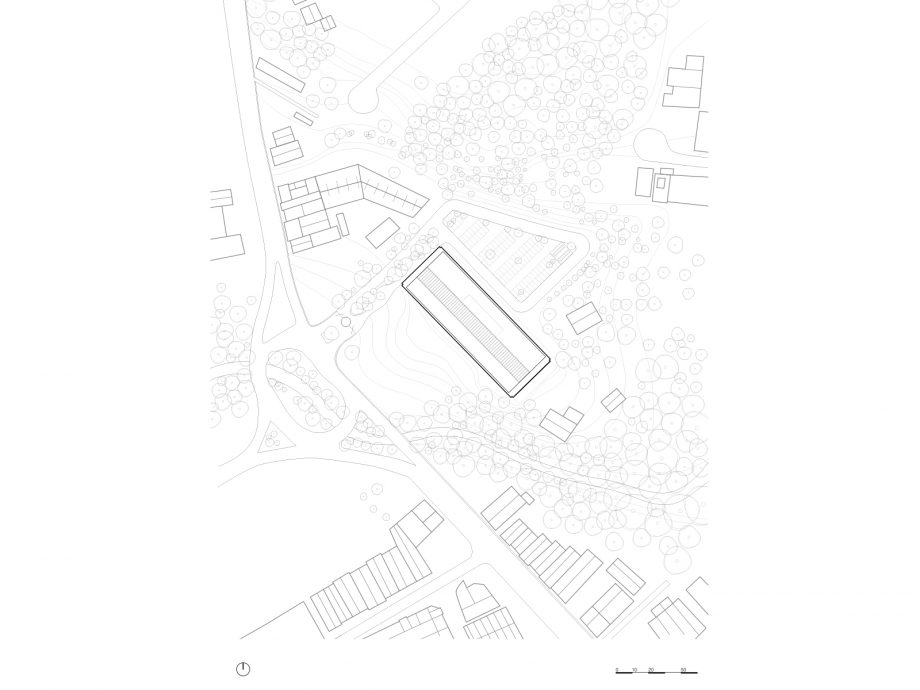 The Universidade Anhembi Morumbi Campus in Piracicaba occupies a plot along a secondary urban expansion axis in the southern part of the city. The building is horizontally developed and lies on the slope of the surrounding landscape, directly dialoguing with it. The intense Brazilian solar radiation is mitigated by a fully encompassing system of vertical concrete slabs that were prefabricated to enhance sharpness and exactitude in the attachment system. The natural ventilation and light are optimized via a ceiling pergola in concrete and smaller wooden elements acting as sun blades. All educational spaces are situated alongside the longitudinal glazed façades to take advantage of the natural light and have been oriented towards the large-scale central void, to embody the buildings’ core social identity and its essence as a place for encounters, human connection and knowledge exchange. Moreover, the campus features an innovative energy management system to prevent refrigeration waste and enhance the efficiency of the roof chimney effect.