Founding partner of KAAN Architecten, Dikkie Scipio, recently sat down for an interview with Merel Pit for A.ZINE’s Ms. Architect section. Read their conversation below! 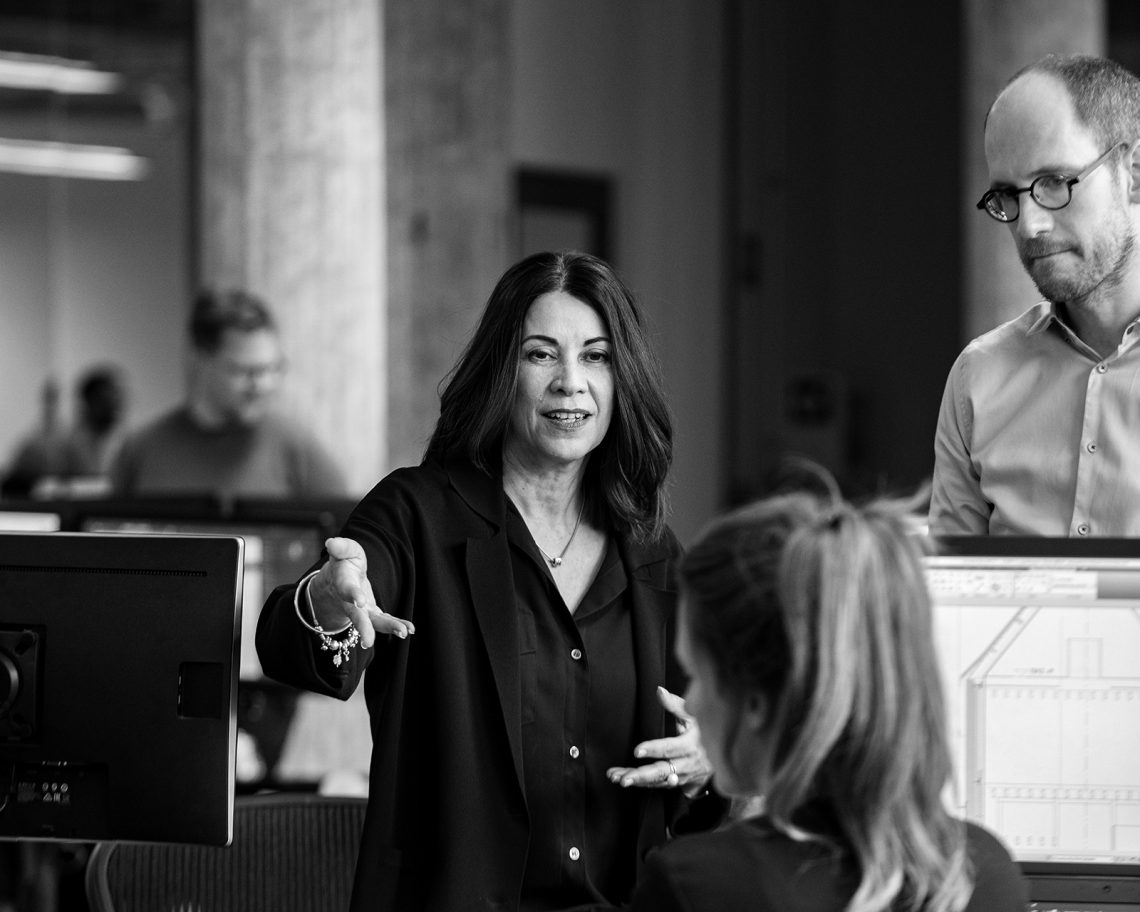 “The fact that there are fewer women than men in architectural firms has nothing to do with the profession itself.” Dikkie Scipio, founding partner of KAAN Architecten, launches right into the interview with a statement about women in architecture. What follows is a discussion about her desire to take her responsibility as a role model seriously, and her opinions on what quality means in architecture. If she could plan the future, she would be designing two more significant buildings and then become Chief Government Architect of the Netherlands.

Once we’ve taken our seats in the meeting room, Dikkie Scipio gets right down to business: “So you interview women working in architecture. I find ‘women in architecture’ a difficult subject; I’ve always felt this. I fight it tooth and nail, the idea that there are fewer female architects because of the nature of the work itself. It’s nonsense that gender has any kind of influence on the quality of work you produce as an architect.”

What is the reason behind it then?

“Everything has to happen in that first phase of life – buying a house, having children, building a career – and in the meantime our life expectancy keeps rising. We’re gaining more and more time, while our window of fertility remains the same. So we need to develop a vision for the entire span of our life. The time for having children and raising them is diminishing relative to a whole lifetime. In the first phase of life we should allow ourselves the freedom to focus on this and getting a good education. After 18 years of child-rearing, during which you’ve developed in all kinds of ways, you can devote yourself to a career. A comprehensive view like this will benefit society, creating happier, more relaxed people. But it won’t be happening just yet.”

“Once the baby-boomers are gone. Then the urgency becomes real, because the responsibility for a functioning society will suddenly rest on the shoulders of a very small group of people. A large part of this group is already suffering from burn-outs, because it’s incredibly hard to raise kids and move up the career ladder at the same time – whatever the profession.”

So fewer women at architectural firms has mostly to do with having children?

“Yes. When a woman doesn’t have children, then the same rules apply as they do for men.  Then she can put all her energy into her career, without anything holding her back.”

But how can it be that young fathers do continue to work at architectural firms?

“Because they are men. Of course, they also have a caregiving role, but they do not get pregnant, give birth or breastfeed. We women can more or less act as though we don’t have children, at least if we are lucky with our partners. Yet, if we were to feel prouder about being a woman, then we would simply invest more time in that busy, early phase of life. We’d have children first and then later invest the time in our career.”

Take more time. Is that your advice for working mothers?

“Yes. Motherhood is the most beautiful thing in the world. When I think about it, it’s such a shame that I didn’t allow myself the space and time to enjoy it because of my own notions about needing to prove myself at work. I was just on the go all the time. But it’s not healthy, and it’s also not necessary. It’ll happen later. We women need to – calmly and confidently – establish our position. I decided a while ago that I would no longer work on projects that require me to be away from home for more than one night. This was a very conscious choice, and it means that I cannot take on any projects in China, for example.”

My column Ms. Architect is primarily intended to give a platform to female architects. I feel they are less visible. For example, many people don’t know that you are a full partner at KAAN Architecten. Everyone thinks that the office is run by Kees Kaan. How do you feel about that?

“It’s really annoying. I’ve recently realized that a public presence is actually an important part of my job. If I want to be a role model for young women, then I need to step up and become visible. I also don’t want my work to be ascribed to someone else. This means I need to work on getting seen, but I find that tricky. I really just want to work on my projects, give them my full attention and ensure that we achieve quality. And all this should not suffer from efforts to increase visibility.” 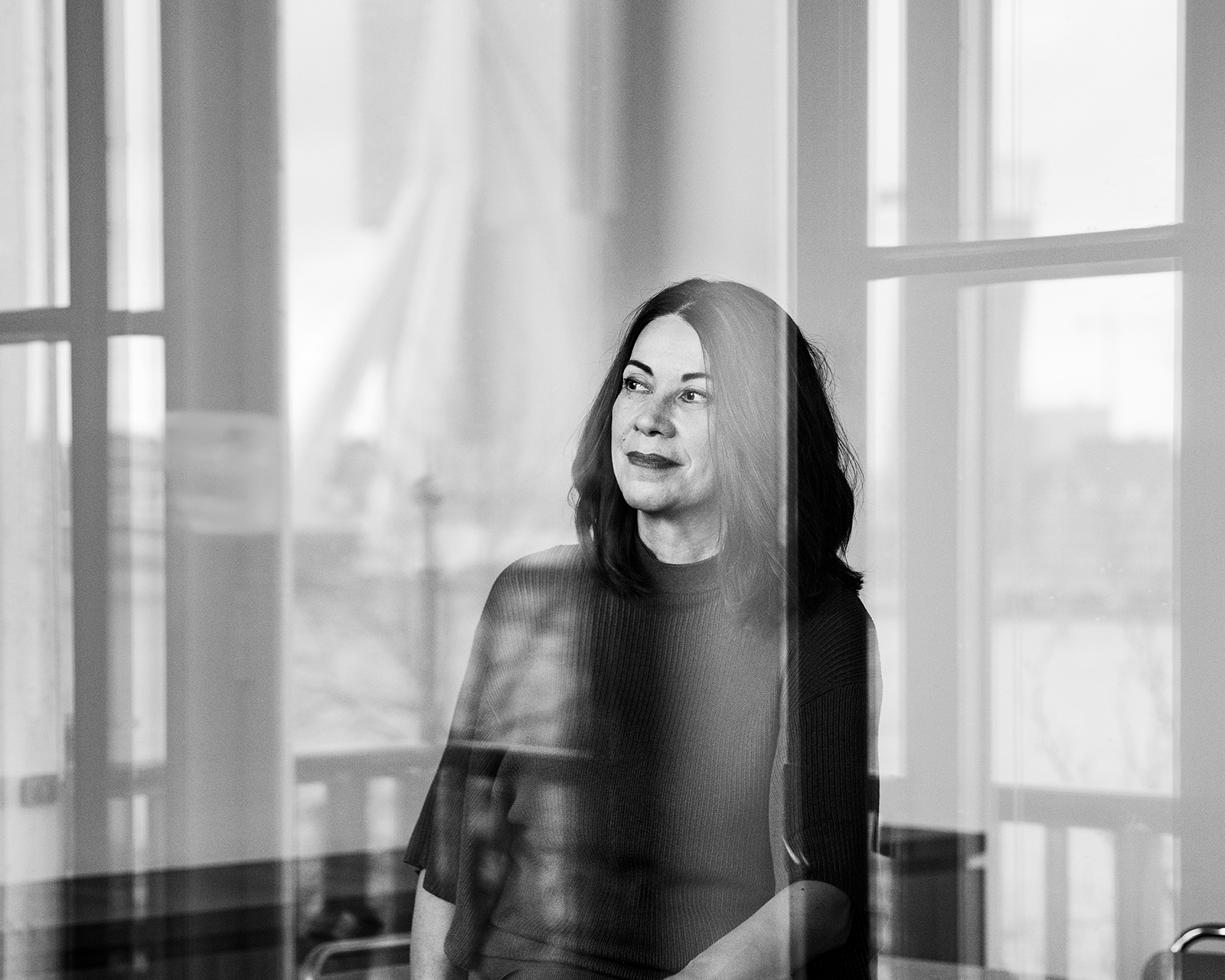 What does quality in architecture mean to you?

“That I take the skill and professionalism of our discipline very seriously, at all levels. As an architect I create spaces, but before I get there I have to examine what really needs to happen from a multitude of perspectives. I only start once I fully understand the needs of the client and users. There’s a big difference between what people think they want and what they actually need.

Ultimately, I want a building to last, and to bond with users by making it so innately attractive to their needs that they will continue to explore and experience the building. I want them to have a relationship with the spaces and materials that make up the building. As an architect it’s important to be able to visualize this. The biggest compliment I can get when a building is completed is when clients and users tell me: we never could have imagined it this beautiful.”

What do you think is the current state of quality in Dutch architecture?

“The discipline of architecture in the Netherlands is lacking leadership and vision at the moment. There seems to be a misguided view among many clients that you can call up an architect to get them to design a pretty picture. But that is a fallacy. Architecture is so much more complex, in both the design and the execution of projects. We as a community have unfortunately allowed this to happen. Now it’s a constant struggle to achieve quality. In a few years, when Floris [Alkemade] has finished his mandate, and after I’ve completed two large-scale projects, I would love to take on the role of Chief Government Architect.”

What would you be able to do as Chief Government Architect to raise the level of quality in Dutch architecture?

“During the recession we still had the DBFMOs. They had their disadvantages, but the collective priority of creating a building based on sustainable quality was good. Now that the market is restored, making money has become the priority and creating a building that lasts is less important. Now a building has to be ‘circular’, which means nothing more than ‘easy to demolish’. I can accept the mechanisms of the market, but not that municipalities and other governing authorities have lost the capacity to develop visions.”

I’ve spoken to a lot of architects who long for a return of the climate 20 years ago, when young architects in the Netherlands had much more access to opportunities.

“Yes, a lot of young architects have a chance to develop their skills then, thanks to the regulated Dutch housing market. But they didn’t really have access to the big projects, with the exception of a few. I think it’s presumptuous for young architects to think they have the right to design a big complex just after graduating. You need to have a lot of experience to do that. Fortunately, experience grows automatically, that is, if you work on developing your skills and talent. Architecture is about understanding the client, managing processes, designing details and building the actual structure. Quality means you strive for perfection in all these aspects.”

What would you still like to achieve as an architect?

“A building that will stand for centuries. Many developers write off a building after fifteen years. In this context, I could create seven buildings in a century. But I’m not interested in numbers, only in quality. The French writer Marguerite Yourcenar inspires me, for example. She rewrote and rewrote the same book until it was perfect. I ask myself in my work: when have I captured the essence? If I want to design a building that will stand the test of time, its quality needs to be at 100%.”

Merel Pit is the founder of A.ZINE, initiator of Ms. Architect (Mevr. De Architect) column and a 2019 Quarterly Winner of Fleur Groenendijk Foundation. As a board member of the Foundation, Dikkie Scipio writes in response to the chosen winners, and her follow-up on Merel’s win can be found here.

‘Quality as attitude’ – a column by Dikkie Scipio

Dikkie Scipio continues her quarterly columns for 'de Architect' with the newest ...

Kees Kaan in conversation with Siebe Bakker on ‘ Escaping the Cavity ...